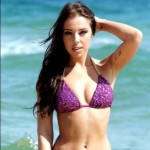 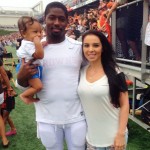 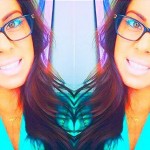 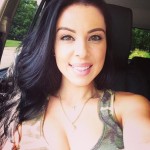 Ben Tate’s girlfriend Tasha Malek is the mother of Ben’s child and an expert selfie-taker. Tasha attended the University of Alabama and graduated in 2008, and it’s believed that the two met through college connections.

Tasha is also known for a few other things in the trashcan department: one is being a cast member whom was kicked off the show “Bad Girls Club,” which is a Mary Ellis-Bunim show (the creator of The Real World). During her time on the show, she complained that another cast member put her belongings in a trashcan to a police officer, then she fought the other cast member and was ejected from the show and issued a summons from the police for disturbing the peace, resisting arrest, and theft. Tasha apparently also made the statement “I don’t think it’s right to be gay.” She sounds dumber than a box of rocks, but Ben Tate thought she was good looking enough to scooper her up and make her his trophy girlfriend. Try watching a clip from Bad Girls Club Season 7 on YouTube and tell me it doesn’t make you depressed.

Ben was a consistent performer on the Texans, averaging 4.3 yards per rush the last two seasons, and now he’ll be looking to excel in Cleveland. He had actually played most of the season with cracked ribs, worrying girlfriend Tasha, and finally succumbed to the injured reserve list in December. His season was finished after that, but he’s signed for a little over $6 million with incentives for two years, which should keep Tasha occupied enough in shopping malls and poolside selfie shoots. She has probably never worked a single day in her life outside of possibly doing some homework at Alabama– probably in the easiest of subjects. I would be willing to bet that she majored in communications and that she’s an absolutely atrocious communicator. 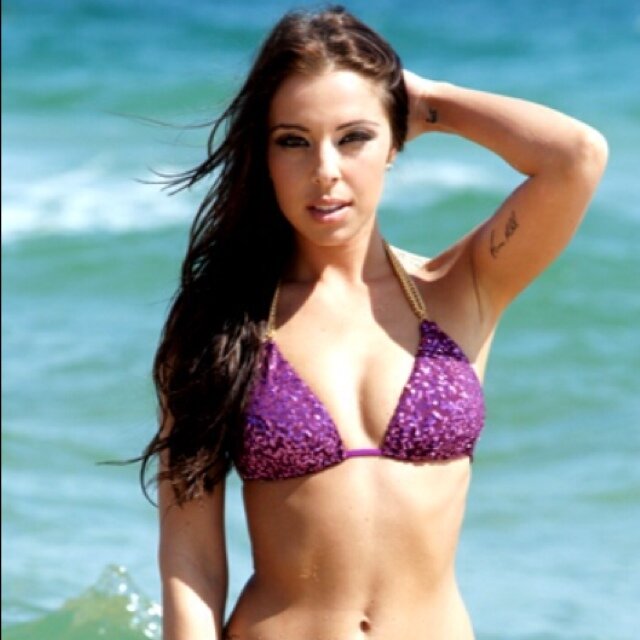