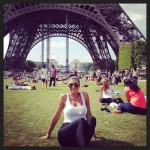 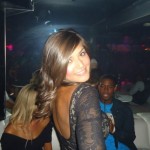 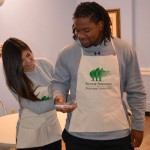 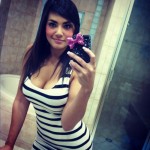 Last year, Vontaze Burfict’s girlfriend Brandie LaBomme accompanied him to a Meels-On-Wheels delivery. I feel like Brandie definitely encouraged it too. Delivering meals to elderly folks is pretty cool if you’re a millionaire athlete because you’re taking the time out of your day to go and do something genuinely caring and helpful. Would they have done it without the cameras on them? Who cares– they rule.

So Vontaze’s girlfriend Brandie is basically a really young girl who just recently graduated from Arizona State. She’s been with Vontaze since January 9, 2011. That’s the official date she has locked in on her facebook account. Other than that, she’s just a young hot chick who occasionally takes really nice pictures of herself. Seems pretty cool to me. Of course, when really hot curvy women do anything normal, it seems elevated to “cool” status in the eyes of regular schmoes.

Vontaze himself is a beast, as you can imagine. I would not want this guy mad at me on the field or off. He was a Pro-Bowling linebacker last year with– count’em– 115 tackles, 3 sacks, and even a touchdown thrown in to boot. I imagine being a 6’1″ 250 pound heat-seeking missile allows you to have a teddy bear’s personality because everyone is just going to be afraid of you anyway. That’s probably how girlfriend Brandie sees it. Brandie actually graduated in September of 2012 with a double major. We won’t venture to guess what the subjects are, but Arizona State is not known for its rigor in physics and mathematics. She was recently vacationing in Paris and took a whole bunch of snapshots of the Eiffel Tower, as everyone seems to do when they’re standing next to it for the first time. No one seems to understand that there’s more pictures of the Eiffel readily available on the internet than there are pictures of cats– and 90% of them look better than the ones you snap on your phone. 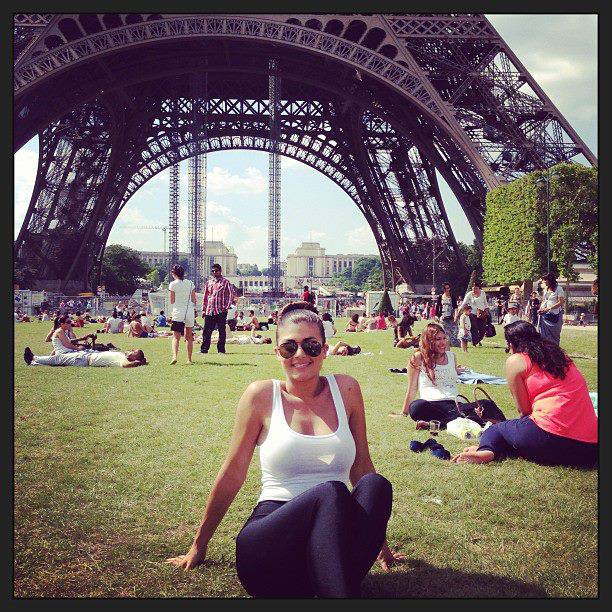