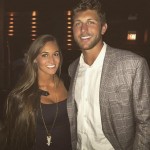 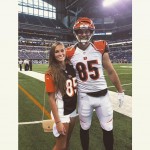 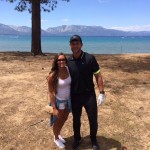 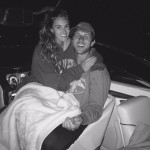 Tyler Eifert’s girlfriend Rachael Kimack is one of those stunning “football knockouts” that have particular super powers. Generally, they may have a refined grasp of pop culture and hip terms that can surprise people new to the world of athletes’ wives and girlfriends. For instance, at first sight, would one assume that Rachael is a fan of super-powered off-road trucks? Probably not, but she is. At first sight, would one imagine Rachael is a fan of cute things like puppies and babies? Well, yes but that tends to be a universal thing with beautiful girlfriends.

Speaking of puppies, the couple has a little black Labrador puppie named Jamo, and so that counts as an official “puppy phase” in the relationship. We’re well on our way to matrimonial bliss, kiddos! Tyler Eifert’s girlfriend could not be more of a dog fan. In fact, her tagline to describe herself on the internet is “I like puppies and football.” She devotes much of her time to scouring the internet for the best and brightest dog memes. It should be noted that Rachael was once a great athlete herself. Don’t let this puppie stuff fool you; she comes from a true athlete background. She played soccer as a midfield at Purdue. She’s also fully employed as a sales representative at a Cincinnati medical equipment company. That means she around to different hospitals selling equipment and in some cases installs it on site. That very much counts as a real job. She’s not just sitting around looking at pictures of doggies.

Before her medical sales job, Rachael was doing mostly interny, administrative-type stuff for other medical-oriented companies, but she’s young and has her own career brewing. Tyler Eifert’s girlfriend has a well-rounded lifestyle, as she appears as functions like the locally publicized Derby Breakfast in Kentucky in 2015, which is a high-profile brunch function that occurs before the Kentucky Derby. This is a fairly sophisticated combination of activities: brunch and high-profile horse racing. That’ll raise your rep real fast. Part of the occasion calls for old-time Southern attire, which Rachael pulled off in spectacular fashion. I’d even say she was the best dressed lady featured in the entire issue of Garden & Gun that reported on it. 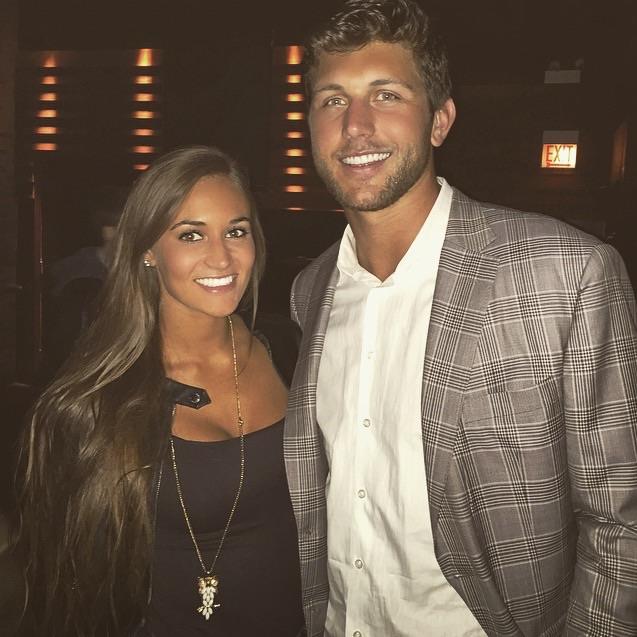