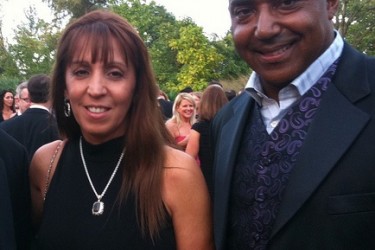 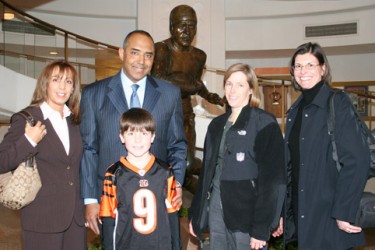 Marvin Lewis’ wife Peggy Lewis has been with the old tiger for quite some time, and after more than eleven years in Cincinatti, she’s become quite comfortable there. The two have been together since the early 1980’s, when Lewis was a linebacker coach for Idaho State from 1981-1984. They then packed up and moved to the LA area where Lewis was assistant coach at Long Beach State until 1986.

Marvin’s wife Peggy was thankful to Bill Cowher in 1992 for pulling Marvin out of the college ranks and onto the big stage, where he took over as linebacker coach in 1992 following coaching internships at Kansas City and San Francisco. I wonder if it gets boring being a linebacker coach. All of your efforts are devoted to coaching just the linebackers. I mean, Marvin had been a coach for more than ten years, and he’s got to be a linebacker coach for four more years on the Steelers before he gets hired as defensive coordinator for the Ravens in 1996. Marvin and wife Peggy lived in Baltimore for six seasons until the big jump to Cincinatti, where they’ve been ever since.

Their two kids, Whitney and Marcus, are 28 and 23 years old and undoubtedly Bengals fans, and there’s a lot to like about the Bengals in the years since Marvin has taken over at the helm. In the past five years, they’ve reached the playoffs four times, though they have never actually won a game in the postseason. That’s gotta be something that frustrates Marvin, as he’s pulled out 90 wins over his long NFL career. Still, the Bengals hadn’t made the playoffs in consecutive season since 1982, and Marvin has a lot to do with that. He was given a contract extension that covers this season, and I’m pretty curious if he’ll stick around if the Bengals make the playoffs and lose in the first round again. His wife Peggy hasn’t had to move with him in quite some time. 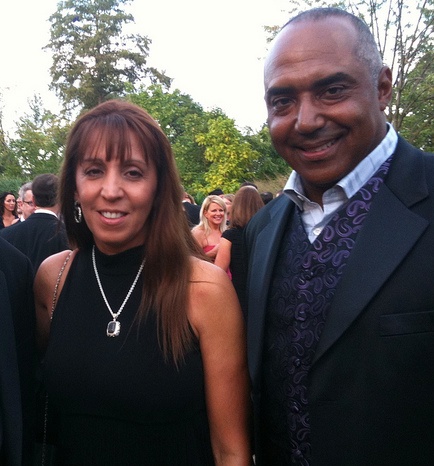