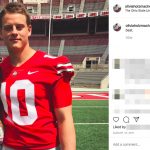 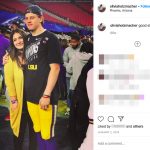 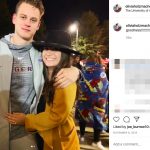 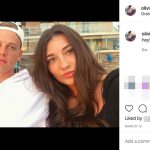 But, a lot of girlfriends were, right?

Oh for sure.  2020 is a weird world.  And, the 2020 NFL Draft was a perfect microcosm of what we’ve all been dealing with since mid March.  The broadcast began with the news most everyone knew.  It was the worst kept “secret” in the world that Joe Burrow was going #1 overall to his local Bengals team.  In a COVID Quarantine world, the draft was more intimate than we were ever accustomed to seeing.  So, many, including us, expected Joe Burrow’s girlfriend to be a front and center

In a tender family moment however, Joe Burrow’s girlfriend Olivia Holzmacher was left on the sidelines.  Whether the NFL, or ESPN, or the Bengals, or Joe’s agents called the shot to curate the image here, it was an intimate moment with Joe, mom and dad.

Joe Burrow’s girlfriend was still there, though!

Yes, that’s true, folks.  Olivia took to Instagram to let the world know and mark her territory that she would be right next to the #1 pick.  To hell with the ESPN cameras!

Tonight a new chapter starts for you! Thankful to be by your side joe and to be a part of the the past three seasons. I’ve had the best experiences and met the best people along the way. So excited for what the future holds. Tonight will be once in a lifetime night for you.

Now for his part, Joe runs a fairly tightly manicured social media profile.  No shock there.  But in early February, Joe was also ready to put the world on notice that the Bengals savior was officially not on the market.

The first chapter was a pretty great one. Now it’s time to write the next one.

What is the next chapter?  Typical route is moving in together, into engagement, marriage, kids, and general taking over the world.  Hopefully for him and the loyal Bengals fans, that next chapter takes place in Cincinnati.

Now as for Olivia?  She came into the picture when Joe was at Ohio State.  She graduated there in 2019, as a Data Analytics major.  Given the currency of data in 2020, she’ll have a lucrative career no matter where she winds up.  So staying close to home isn’t the worst thing.  And in the data analytics world of sports in 2020, not the worst thing for Joe to have at home either!

The first lady of LSU is about to take over as the Queen of the Queen City.  Cincinnati has needed a winner for a long time.  And now they have a winning first couple. 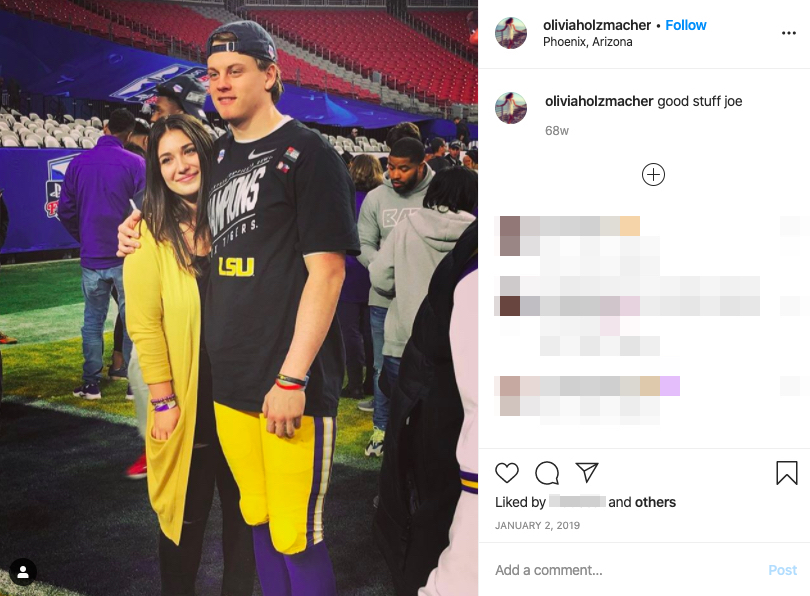