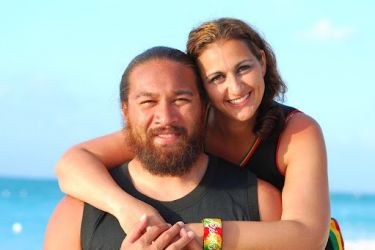 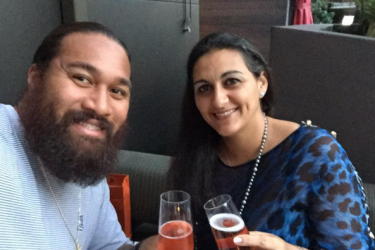 Let me tell you about something awesome: the relationship between Domata Peko’s wife Anna Peko and himself. These two are very devoted to their family and raising their kids and being good peoples. They’re also extremely religious, so if that’s your thing, you would love their vibes. It’s that good kind of piety, though, not the in-your-face kind.

Now let me tell you what’s not awesome. ​This whole “Whodey” thing. Anyone else with me on that? It’s just one of those sayings that doesn’t have the legs it needs to not become annoying after a short time, in my humble opinion. Enough Cincinnati.

Anyways, back to the subject matter.

The couple has three kids– three young, long-haired gentlemen that look like Spartan warriors. Domata Peko’s wife and him raise them with the fun knob cranked to 11. I’m telling you, if you’re looking for cool parents, look no further than these two. I mean, we’re talking WWE events, we’re talking impromptu cupcake deliveries to the classroom, we’re talking backyard football training equipment, we’re talking concerts and pranks and volleyball outings. Trust me, these are some cool-ass parents. Hey, I’ll believe in whatever you want if you’re offering as fine an assortment of activities and events as these two are offering to their kids, and you can tell they’re not even going to end up spoiled. Their kids will end up perfectly adjusted, happy, and fun.

Anna is Syrian.  It was her idea to start the Domata Peko Foundation, an organization centered on helping underprivileged kids. Gotta’ pump some privileges into these kids lives. I’m a little surprised that the couple choose not to live in or around Cincinnati just because it would make things easier as they relate to football, but instead they’ve chosen to take up residence in lovely Crestview, Kentucky. I can attest to the great hospitality of Kentuckians, so it’s a good fit for these two genuinely hospitable folks. Also, I’d just like to add that at the time of his pre-draft measurables, Domata weighed 307 pounds and ran the 40-yard dash in 5.2 seconds. That’s pretty darn good. 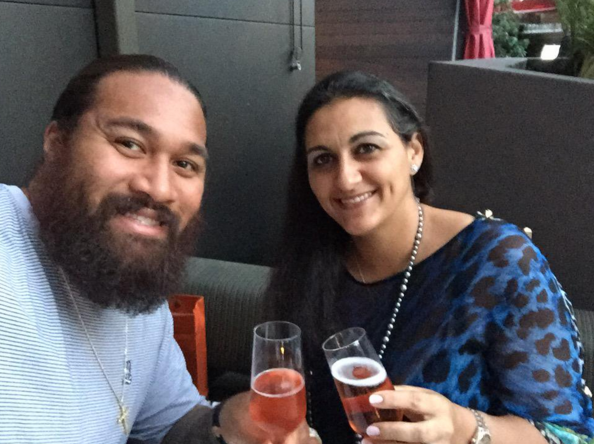