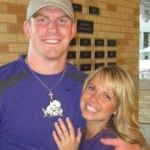 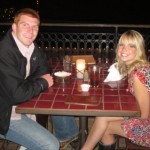 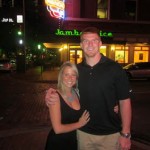 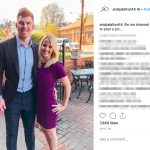 Andy Dalton’s wife Jordan Dalton married him July 9, 2011. Jordan gave birth to their son, Noah, in 2014. They welcomed their second son, Nash Dalton in 2017, though he had a rough go at the start winding up in NICU for a period of time.  Things certainly worked out, and their a happy family of four nowadays.

Andy loves to post pictures of his son. Before training camp started, Andy made it a point to spend as much time as he could with Jordan and Noah. Besides that, he posted a picture of him and Jordan kissing on their wedding day. He put it up because it was their five-year anniversary.  Andy called her a “loving, kind, caring, generous, godly, beautiful girl.”   His Instagram feed is a continuous feed of his perfect American family.  He has every reason to be proud.

Andy and Jordan had been dating for a while at TCU (Texas Christian University) together before marrying. Actually, after seeing their wedding website, this couple goes down for having the largest wedding party I’ve ever seen with 9 Bridesmaids/Maids of Honor, 11, groomsmen/best men, 5 ushers, and 3 house parties. I don’t even know what the hell a house party is. The couple also cleaned up on their registries at Williams Sonoma, Pottery Barn, Dillards and Bed, Bath & Beyond. Andy and Jordan’s wedding party actually exceeds Joe Flacco’s wedding party. That was so epic he basically fielded an entire offensive football team.

On Jordan’s social media feed, it’s even more pictures of the kid. She tries to do everything she can to give him fun activities. Both Jordan and Noah video call Andy when he’s out of town. That way, they can hang out a bit more. I have to admit, their kid is really cute. Andy Dalton’s wife smiles those deep, happy smiles in all of her pictures. You can tell she loves her life. Andy and Jordan recently participated in an event to help prevent human trafficking.

From what I can see, Andy and Jordan also traveled to Hawaii in June of 2016. They did not bring the kid. It seems that the couple left Noah with the grandparents. Andy Dalton’s wife mentioned the grandparents a few times in her social media. They’re probably also totally crazy about their grandson. The pictures Jordan put up on her social media were indeed impressive. They featured tropical palms, blue ocean waters, and a huge mountain with a sunset background. She then proceeded to reference some biblical psalms. So yeah- she’s a religious lady. Each touchdown pass is a gift from God, I declare!

Andy Dalton’s wife Jordan Jones was the impetus for a very unexpected answer to an interview question. In a pre-draft interview with Sports Illustrated, Andy was asked a very simple, almost flippant question, “What’s your favorite hobby?”

If you’re a longtime reader of this site, or you’re one of the unfortunate people who happen to know the guys running this site, then you know that we’re both married. We obviously both love our wives, and let’s not kid ourselves, we’d be lost without them. There’s no debate about that. However, even if it’s true, neither one of us would ever admit so when posed with that question.

We talked about what we would say if asked our favorite hobby. The two answers? Making money and drinking. Impressed with us, right?

So apparently Andy Dalton is more comfortable, and way less of a capitalistic dick or problem drinker than either one of us. That shouldn’t be any surprise. After all, Andy is a successful NFL quarterback and we just run a blog writing about successful NFL quarterbacks and their wives. That said, if either of us were married to Andy Dalton’s wife – that might change how we felt. 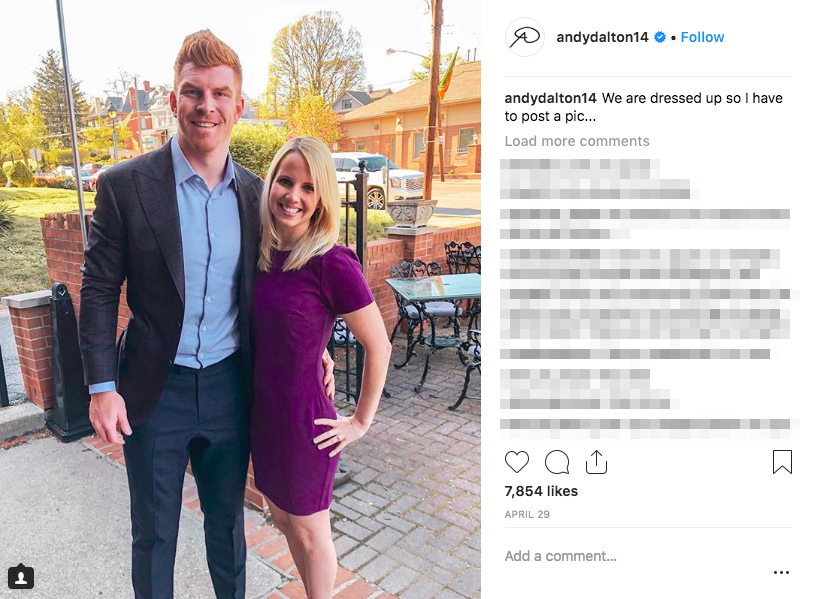