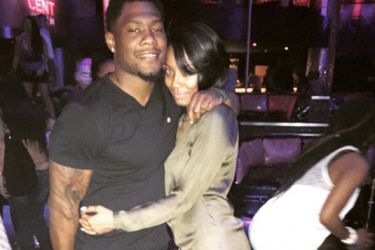 Well here she is, everybody: Jeremy Langford’s girlfriend. She looks pretty darn hot to me, but the big question is who is she? She had her birthday 31 weeks ago, which means she celebrated it in April (by going out to a club and dancing the night away with the big fella’). Firstly, where would you rather be– stuck at a college campus trying to push your way through a bachelor’s in sociology and studying, or at a happening club with a hot girl on your arm right before being drafted into the NFL? Yeah, life’s getting really cool for Langford now that he’s taken over for injured Matt Forte, and he’s helping the Bears out at the young age of 21.

So what about the ‘Lil Missy there? It’s time to keep things on the down-low for the two of them because they’re clearly not interested in putting her in the spotlight at this age. It’s entirely possible that they met in college and are attempting to bring the relationship into the real world, so to speak. If that’s the case, then I applaud Jeremy Langford’s girlfriend for hanging’ tough. He’s a handsome young fellow, and now that he’s showing his mettle on the field, people are definitely starting to take note of his potential value to the Chicago organization.

One of the real mysteries for me is where Jeremy Langford’s girlfriend was dancing with him in the photo of them at the club, and part of the mystery can be revealed by looking at another photo of him (dressed in the same black t-shirt and black pants and belt garb) indoors. You can see through the windows that there’s palm trees and extravagantly lit-up sides of buildings, and so my first though was they’re in Vegas! It’s entirely possible, but since they were celebrating the young lady’s birthday, they might not have traveled all the way out to Vegas, but they sure as hell weren’t in Michigan– that I can guarantee.

So here’s the question: Who is Jeremy Langford’s girlfriend? We’re putting it out there to you the readers, who’ve delivered time, and time again. Help us out!! 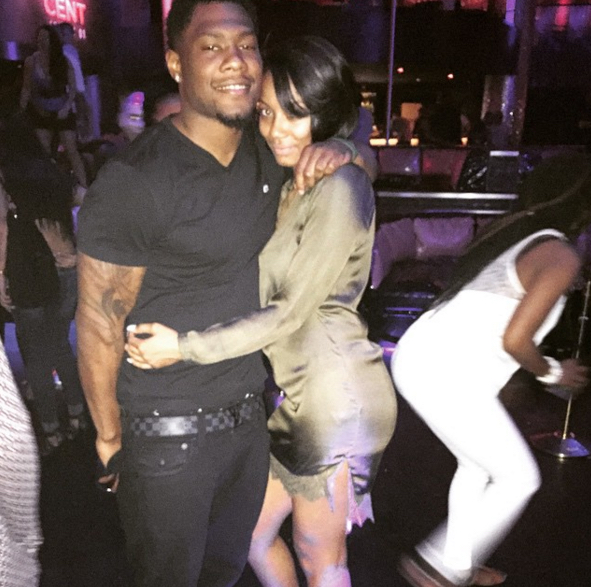