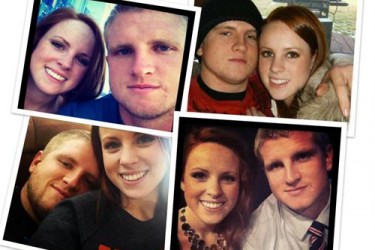 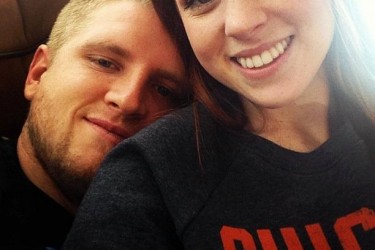 Shea McClellin’s wife Sam McClellin took a very simple and direct path to marriage. She met Shea in fifth grade at elementary school, started dating him sophomore year of high school, and that was that. They dated for around eight years and then got married. Their first date was to a Boise State football game. Then a few years later they both went to Boise State, and then after Shea got drafted, he proposed at the Boise State football stadium. Like I said, this trajectory was straight and easy to follow.

Well, high school sweethearts make for a stable and supportive relationship, I suppose. Shea’s wife Sam recently participated in a fashion runway for the Chicago Bears organization in order to support an organization started by Bears player Jermon Bushrod that sponsors youth sports and education. Sam was also pregnant at the time of the fashion show, but that didn’t stop her from showing off her “baby bump” and whatever clothes they gave her. How do they raise money at the fashion runway show? Is it just the price of admission that raises the money? Do the players bid on clothes or something? Maybe everyone just pays a bunch of money to be there and to support the organization, and the fashion show is just something to do while they’re there.

Shea’s wife Sam is a fan of Target, according to Facebook, and she’s interested in running since she reads running blogs and fitness sites. She’s got to be pretty far along with the pregnancy since her fashion runway show was in July and it’s now November. I’d say around 7 months. Shea and Sam are probably expecting the baby in January. Shea got people’s attention this year after a pretty substantial weight loss and bulk-up for this season. He’s in the best shape of his life, and while Sam has been bulking up, Shea has been slimming down. 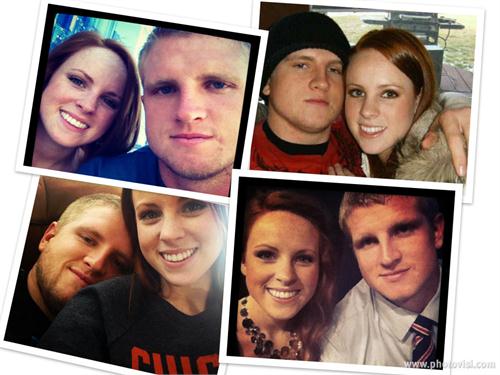