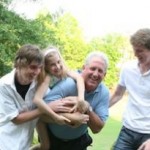 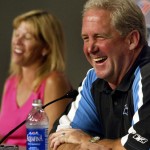 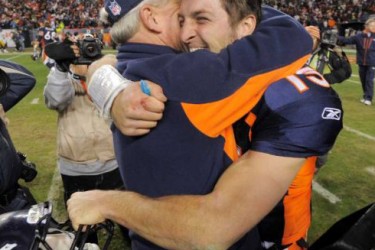 John Fox’s wife Robin Fox knows full well that being the wife of an NFL head coach comes with a certain understanding that you will always lead a hectic and unpredictable life.

John Fox’s wife Robin Fox married the man in 1985. The morning after their wedding, the happy newlyweds took off to the airport for an early morning flight. Unlike most couples with 24 hours of marriage under their belt, the Fox’s were not getting on a plane to head for their honeymoon. No, the Fox’s were taking off for a job interview for John.  Robin Fox has made the travels through either pro coaching stops, eight collegiate jobs, and even a stint with the USFL.  That’s right folks, the US-freaking-FL.  This guy has run the gamut, and lucky enough to have Robin as his copilot on this thing called life.

As we mentioned, early in John’s coaching career, he was hired as the defensive coordinator of the Los Angeles Express in the former USFL. After getting to LA, the Fox family moved into a new house. It wasn’t to be, as only two weeks after their move, John called Robin to tell her to stop unpacking as they were on the move once again, this time headed across the country to take a job at Pitt.

Things had calmed down after spending 8 years with the Carolina Panthers, and then leading the Broncos to a couple successful years.  While things look a little shaky with Chicago, we know the family is more than prepared for whatever life throws at them next.   John Fox’s wife Robin Fox has given birth to four children; three sons who all attend Elon University in North Carolina, Matthew, Mark and Cody, and one teenage daughter Halle.  You have to imagine the kids enjoy the stability of attending school together after their crazy nationwide zig-zag growing up. 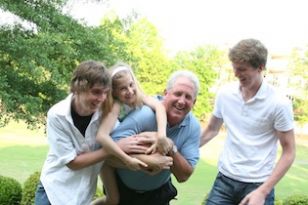