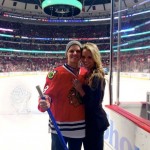 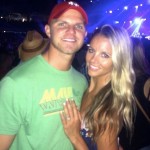 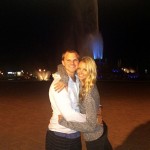 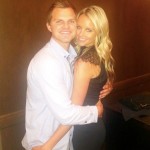 Jimmy Clausen’s girlfriend Jess Gysin seems like the all-around American Dream Girl to me. She’s a pro volleyball player, she’s lighthearted, fun, and she’s beautiful. What I like about these types of girls is that they are not trophy wives, and they are also not just sit-around do-nothings. Jess is a big-time volleyballer, and every time I see a professional athlete hitched up with another professional athlete it always just kind of makes sense. Of course, it would be silly to think that all pro athletes should go out and try to find a matching pro athlete to get together with. It’s just a cool combo when it happens.

And from what I can tell, Jess is a real catch. I like her snappy tweets, I like her tasteful style, and I like that she’s also got another job promoting sports medicine products away from her volleyball life. This job I speak of is being a PR spokesperson for a company called HyperIce, which makes a high-brow version of those snazzy rolly thingy’s one uses to stretch out on after a run or sporting event. I personally don’t like using them because I prefer old-fashioned stretching, but I’m way behind the time in that department, and I they’re possibly more effective and efficient than old-fashioned stretching. As a bonus, Jess also has a huge cadre of really attractive girlfriends. She goes to all kinds of events like ballgames and charity stuff with them. In other words, Jimmy Clausen’s girlfriend Jess Gysin is outta’ sight.

Speaking of ‘ole Jimbo– they got engaged and their wedding is set for February 15 of 2015. Clausen’s girlfriend Jess Gysin will soon be Jess Clausen (which sounds almost exactly the same when you say it). Poor Jimbo’s got to find himself a job. He’s had some really unfortunate injuries hold him back his entire NFL career, and he’d like a shot at a number 2 slot if he can get it. 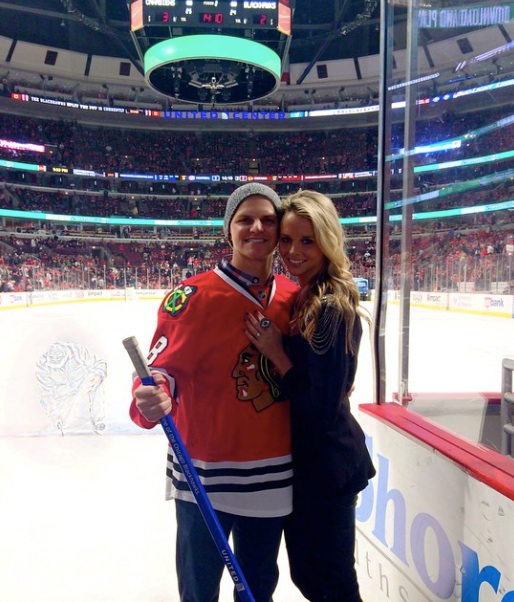