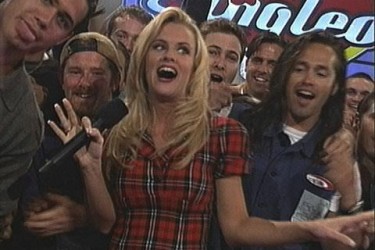 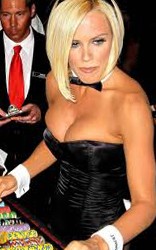 Brian and I have decided to turn our romance into an amazing friendship. I will continue to be the biggest cheerleader for him. Go, Bears!”

Been a pretty interesting albeit short lived relationship for the couple. During their time together, Urlacher underwent two knee surgeries (including one the day the breakup was announced), and McCarthy graced the cover of the July Playboy issue. Let’s see,… one is hosting a Prime Time Show on NBC and enjoying the most modeling success in a decade plus, while the other is hobbling through the twilight of his career.
Yup, I think we get it.

TMZ caught the couple at a restaurant in Beverly Hills, unsuccessfully trying to escape through the back door to avoid being seen. TMZ reports that the couple was spotted having a romantic dinner at Mastro’s, which is billed as one of the most expensive restaurants in the city.

Urlacher was previously linked to Paris Hilton, though that relationship was never confirmed. Jenny McCarthy has been with a number of celebrities, most notably coming off a long term relationship with funnyman Jim Carrey. The couple was together for almost five years before splitting in late 2010.
For those that don’t know, Jenny McCarthy is most famous for her spread in Playboy and being the object of every teenager from the 90’s amorous obsession. Her “acting” career has stayed alive in part thanks to the novelty factor. She has penned a couple books as well, including one which makes the suggestion that she helped to heal her sons autism (it’s in the title of her book infact).
Then again, if the writing career doesn’t take off,… there’s still Singled Out. 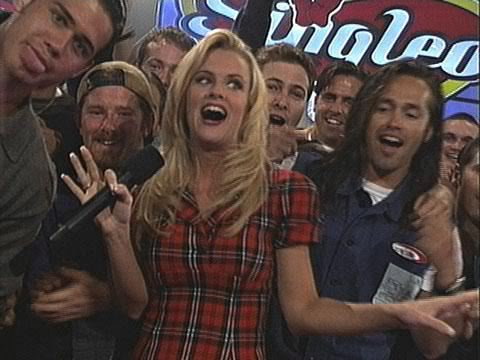