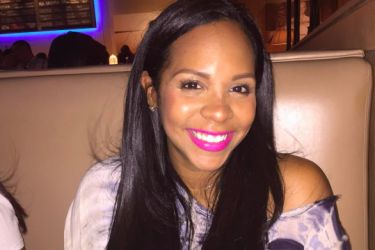 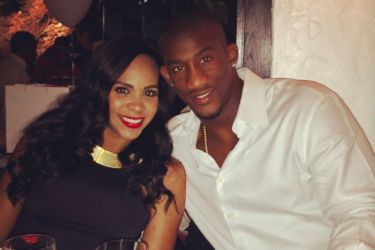 Antrel Rolle’s girlfriend Valene has been with him in some form or fashion since middle school, and they have a child together named Antrel Jr. The duo are certainly best friends, and they do everything exactly the same way as any officially married couple. This kind of civil arrangement is fairly commonplace in professional sports, and I gotta’ be honest– I think it’s very smart for young athletes. All kinds of things can happen throughout the course of a young athlete’s life, and sometimes marriage can just complicate things. I applaud these two for going nontraditional here and not rushing into marriage.

Shortly after the birth of their child, Antrel called him “the best thing he’s ever done in his life.”

First off I want to Thank the Lord Above for allowing us to give birth to a healthy baby boy yesterday morning at 7:09am. Life really did change for me at 7:09.1! I could have never ever imagined having a feeling like this in the world. We have had remarkable care and support from both of our families who we cannot thank enough. The journey begins now! Jr. Has two parents that love him endlessly and I am sure he can see that already. The things u are willing to do for your kid is nothing less than amazing. Just when u think u have known someone's strength for 13 years they surprise u in clutch moments. Val (jr mom) just showed me strength to the 20th power! I cannot thank her enough for my son. Love u girl ???? #IHopeHeLooksLikeHisMother #Celious #ThatsMyBoy #babyrolle

Antrel Rolle’s girlfriend was praised by him as well, and he said even after thirteen years of knowing someone he continue to finds new strength in her. That’s a very nice compliment to give someone, and the birth of their son together most certainly drew them closer together. He calls their dog Louis his son’s “older brother.” Valene sends him pictures of them together, and he says each one melts his heart. The two are very dedicated to their son, and Antrel is also extremely loving and dedicated to his brother’s own son, who is in the second grade and whom is doing very well in school so far.

We might as well quickly mention Antrel’s sense of humor here to give you more of an idea of how light-hearted this couple is. Antrel posted a few pictures of some goofy things his teammates were wearing after a practice, and he held a little contest to see if someone could guess which teammates they were. One of the items of clothing was a leopard-skin one piece (???). I mean, you hang a leopard-skin onesie in a football locker room, you should expect your teammate to thoroughly lambast you. You can bet Antrel Rolle’s girlfriend was laughing too. She’s always got her classy style grooving right along. 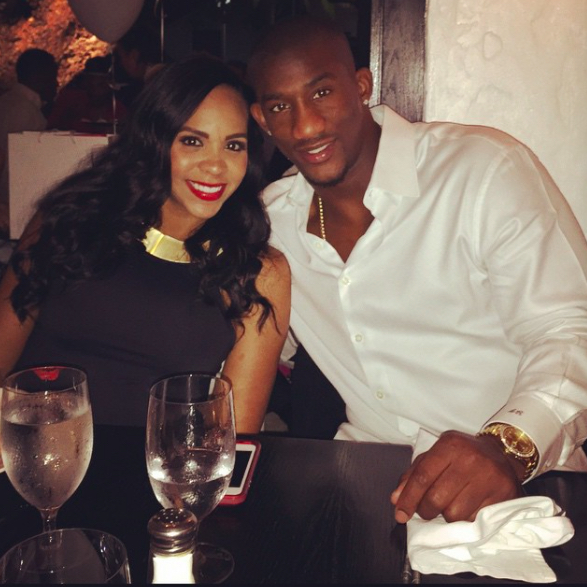