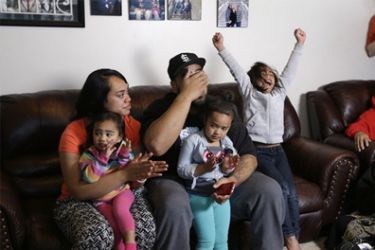 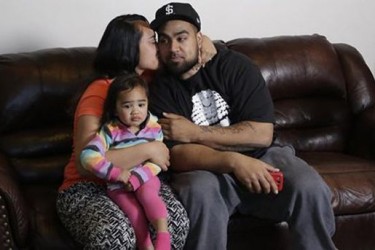 Star Lotulelei’s wife Fuiva Lotulelei met him at a two-year college they were both enrolled in back around 2007. It was a good encounter for him to make since he thoroughly changed the way he approached living. Star attributes much of his success to his getting together with Fuiva. He told a Utah newspaper that “getting married and having my first child was something that helped me become grounded. It helped me to focus, kind of settle down and figure out what I wanted to do with my life and where we needed to go. I think that is what has gotten me to where I am today.”

They’ve had two daughters so far: Arilani and Pesatina. Those are pretty cool names. They sound sort of like characters from “Avatar” but in the best way. Star Lotulelei’s wife Fuiva says that he really enjoys relaxing and spending time with his kids. Any time that football isn’t going on, he’s at home spending some quality time with the family. Fuiva herself was a former volleyball player at Snow College. She’s originally from the Polynesian island of Tonga, which is located to the east of Fiji (the island famed for being where Truman from The Truman Show wanted to escape to). So you get a sense for what kind of environment Fuiva grew up in: think tropical, palm trees, coconuts, and skirts made out of grass. Polynesian islands are hard to beat.

Fuiva was with Star when his named was called at the NFL Draft, and he told the Utah Desert News, “I sat out a year after high school and then going the junior college route. I had my first kid when I was 19 years old and got married young. So it’s been a rough road, a hard road and to make it to that point of getting picked it meant a lot to me and my family.” It’s most definitely a big moment for Star Lotulelei’s wife as well. This will mean a future life of traveling from city to city (generally once every three years). It will also mean instant financial security for at least the next ten years if Star and her plan well. Fuiva did not picture a life being married to a professional football player when she was growing up in Tonga, but it certainly is working out now. 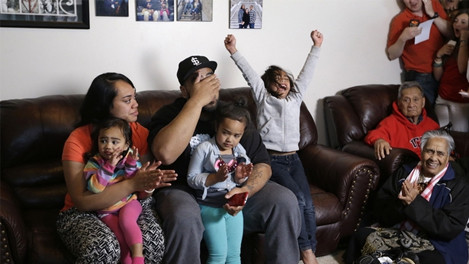