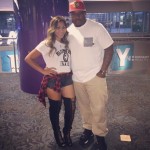 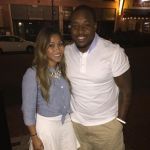 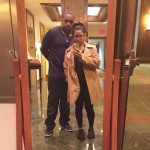 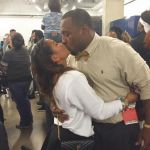 Mike Tolbert’s wife Shianette Tolbert is treated well by ‘ole Mikey. He surprised her two weeks ago during a bye week and took her on vacation to Asheville. That’s where the largest privately owned house in America stands. It’s called The Biltmore Estate, and Mike and Shianette took a nice tour of the joint. He even someone to take care of the kids while they were away. That’s no small task. Their kids are named Major and Mikeala.

Shianette weighed in on the Miss Universe controversy a few weeks ago. Mike Tolbert’s wife said “the Steve Harvey mistake was terrible,” and then she congratulated Miss Philippines. Pretty standard fare there. I myself watched the Harvey mistake. Shit happens. The entire Tolbert family wore Drake Christmas sweaters during the holidays that read “I know when those sleigh bells ring.” Shianette called them “ugly Christmas sweaters.” A few weeks before that, Mike and Shianette attended a bowling event for breast cancer. Since the event was held around Halloween, everyone wore costumes. It looked like a fantastic combination: bowling and costumes. Mike dressed up as a late 80’s/early 90’s LL Cool J. Shianette appeared to be dressed as a hip-hop groupie from the same time period.

The couple goes out on date nights whenever they can. They tend to dress casually if they’re going to see a movie or get a regular dinner, but they can definitely turn up the volume and dress classy when they want. They’ve got range. Mike Tolbert’s wife always looks very cute in whatever she wears. She’s got a pretty smile. Mike tends to look fairly serious in photos, but he definitely has a good sense of humor. He posts a fair amount of jokey stuff online just like his wife. Shianette is a Filipina, so the family will sometimes vacation in Boracay like they did in 2015. As you might imagine, Shianette wasn’t too happy about Manny Pacquiao getting outclassed against Floyd. 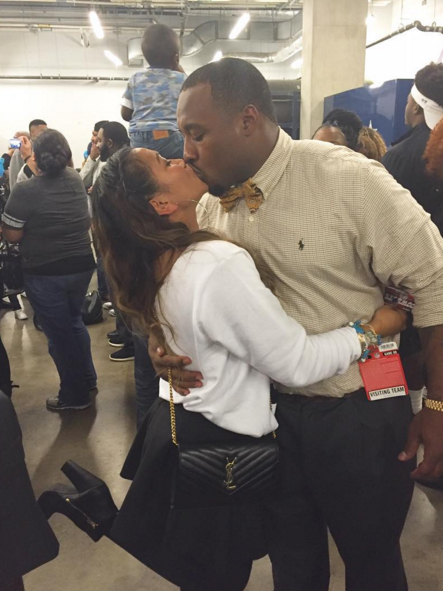