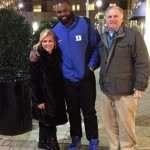 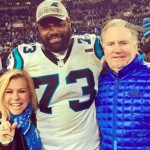 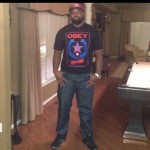 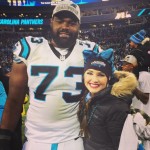 By now, the Michael Oher story has been told over and again. But when it comes to Michael Oher’s wife, the book hasn’t even begun.

As you all know, Michael Oher was the inspiration behind the Michael Lewis book, The Blind Side.  In the book and movie, Michael Oher was a homeless teen.  But, he was soon adopted by a loving family.  Michael Oher’s mother Leigh Anne Tuohy was the catalyst for the change in his life to become his legal guardian. Michael Oher’s parents helped transform him from nomadic lost teen, into a force on the football field, which ultimately landed him in the NFL.

Leigh Anne Tuohy and Sean Tuohy married in 1982 and have three kids together.  The paid both went to Ole Miss, and certainly helped in guiding Oher to school there.  The family made their fortune as franchisees, owning more than 85 stores.  Taco Bell, KFC, and Pizza Hut comprise the bulk of their enterprise.  For her part, Leigh Anne Tuohy is an Interior Designer, once added to ABC’s Extreme Home Makeover.  They have two biological children.

But when it comes to Michael Oher’s real life, the story is a little different. Oher alleges factual discrepancies painted an exaggerated picture, and he’s worked to distance himself from the story. In that light, it’s not surprising that there’s no information out there about Michael Oher’s girlfriend, or Michael Oher’s wife. The left tackle has done a tremendous job keeping his private life private, leaving no bread crumbs to find the trail to his love life.  Daughter Collins Tuohy was an athlete in her own right, winning a MIssissippi state pole vault title   Sean Jr, who played a major role in the movie, also went on to play college basketball.  Sports come first in the Tuohy Household.

We do think it’s worth pointing out one misunderstanding. If you type “Michael Oher wife” into Google, it will prompt you to autofill with Michael Oher wife Tabitha. Let’s set the record straight. Michael Oher’s wife is not Tabitha. The random mashup of distinctly separate topics comes from the author of The Blind Side Michael Lewis’ wife Tabitha Soren. Soren is famous for being a host of MTV News.  But, she is most definitely not married to the left tackle protecting the blind side.

Speaking of Newton, the Panthers QB was the main reason Oher signed with Carolina. A text conversation between the two ended with Cam saying that he didn’t just want him on the Panthers,… that he needed him. A Super Bowl berth, and a few million dollar later, certainly prove Cam knew what he needed. 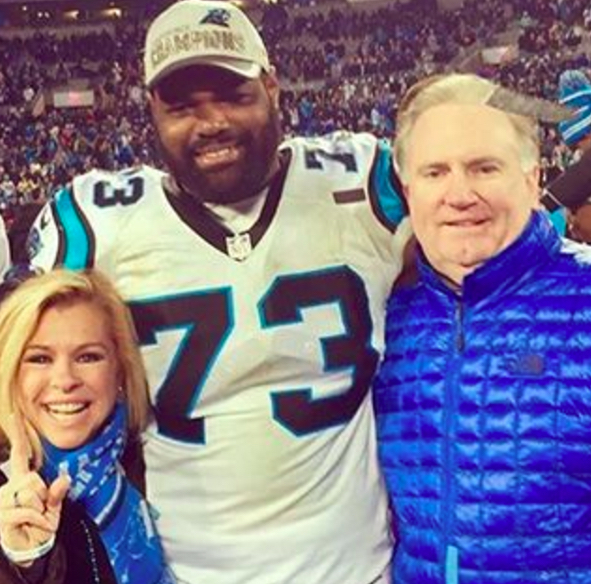