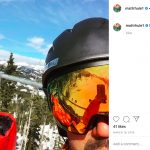 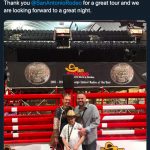 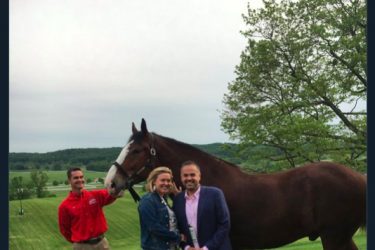 Matt Rhule’s wife Julie Rhule is about to embark on the ol’ college to pro transition.  Heading from Baylor to the Carolina Panthers is a big leap for the family.  After a sizzling career from Temple to Baylor, Rhule was given a a monster deal.  The Panthers have clearly committed to Rhule, and now the Rhule family has establish some roots in Charlotte.  But, before Matt signed on the dotted line, it was Julie he knew this was the place their family was going to go.

The Panthers brass was not dumb in their pitch.  It’s not just coaching an NFL team.  It’s becoming part of a family.  And Matt Rhule’s wife latched right on to that.  From the Panthers official website, Matt explains Julie’s influence:

Now, of course, Matt took his wife’s advice to heart.  But, when you’re getting the silent treatment from your teenage son for not signing yet (even without an offer), you know you’re destined for Carolina.  From that same article, Rhule’s decision was finalized.

To cement things even further, Rhule’s son Bryant had a few words for his father after the interview. The Panthers hadn’t yet made an offer when the 15-year-old wanted some answers.

“The second ‘aha’ moment was when my son came downstairs and he asked if we were going to Carolina and I said no, and he stormed out of the house,” Rhule said. “He said, ‘You had one job!’ He wanted to be here.”

Why did Bryant want to go to Carolina so badly?

“He was born here in Asheville,” Julie said. “He spent 16 days in the NICU. We’ve driven through the state whenever we’ve had the chance and he’s always just had a draw to Carolina. He just thought this would be a great place to live.”

Matt Rhule’s wife has given birth to the couple’s three children.  In addition to the determined Bryant mentioned above, Julie also brought Vivienne and Leona into the world.  There is no public social media presence for Julie, and Matt has posted limited pictures of her on his social.   But, like any proud father out there, he’s not afraid to post his kids.  Clearly a proud dad, who bought into the Panther family pitch.  With a 7 year deal, we think this is a marriage that’s going to work out fine! 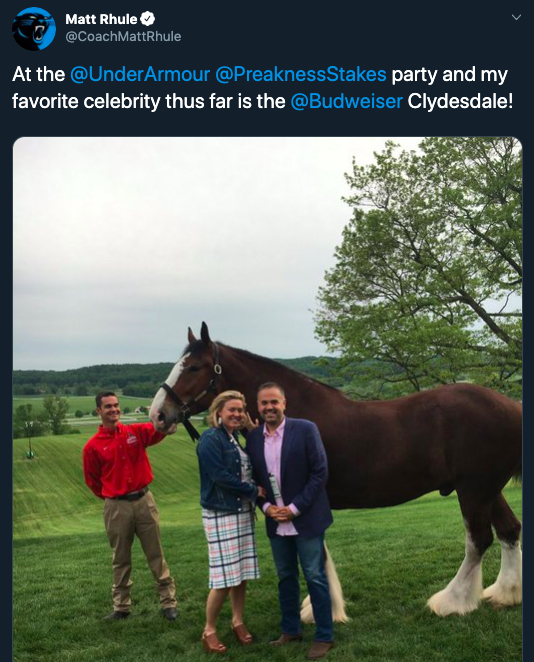