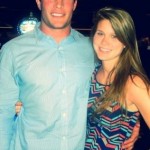 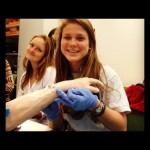 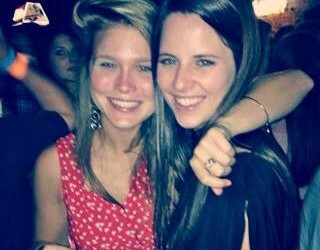 Luke Kuechly’s girlfriend Shannon Reilly was a superb student and went out of her way to maintain that status.   At one point during school, she maintained a website (or blog, not sure how to qualify it).   But, what we are sure about is that she wrote a lot, and most of it centered on how to be good at something.  A good leader, a good classmate,  good volunteer and good doctor and on and on and on.  It’s pretty much impossible to determine if this is a self help website, or if she was assigned topics to write about.  But now, I can tell you just about everything about this girl, for I have read a virtual memoir and autobiography thanks to her website. Never before have I seen as large a cache of information on one player wife or girlfriend. I’m serious, guys, there are like two dozen different links and essays she provides about herself.

So what was this for again?

Again, kinda hard to tell.   Our best guess is that it was assigned with various topics to write about.  I haven’t been in school for 20+ years, so maybe this is how they do essays now.  Sure seems easier for the professor to set up a dozen bookmarks and check them out whenever, rather than chasing papers.  A consistent theme was driving home that she’s ready for the next steps after undergrad.  She moved on to post-grad studies in medicine. Luke Kuechly’s girlfriend had a stated goal in life was first to become a surgeon (I’m referencing her “Final Reflection” essay).  It’s not often we get a glimpse into the wife this often.  But we’ll take it.

Shannon Reilly was focused on the end goal, and it paid off.  She is now a Physician’s Assistant working for a local ortho clinic in Charlotte.  Back in undergrad, she was digging her future.   I absolutely love the photo of her latex-gloved hand holding what looks like a cadavers arm. It might be the most surreal photo of a pro athlete’s girlfriend I’ve seen yet. It’s probably not a corpse. I hope not, anyway.

I’m certain not even her star linebacker boyfriend has this much information on the web about him, and I guarantee you he hasn’t provided a tenth as much himself. He had a pretty darn good year with 93 tackles, 156 combined, 2 sacks, and 4 interceptions. He’s a Pro-Bowler, and he’s dating a girl who has some serious career aspirations. He apparently didn’t take her to Hawaii to the Pro-Bowl, and I can understand why.

Great question.  Many sites report that Luke and Shannon are married.  However, Luke himself referred to his “girlfriend who has been with him since the beginning,” in his retirement speech.  Reports seem to indicate they began dating in 2012.  But, we question that.  They both grew up in Cincinnati, where Shannon graduated undergrad.  Were they together before college?   Either way, Shannon and Luke are a happy couple.  With Luke’s sudden retirements on January 20, 2020, they’ll be getting plenty more time together.  Thankfully, Shannon’s patient ratings are near perfect, so they’ll aways have her income to fall back on! 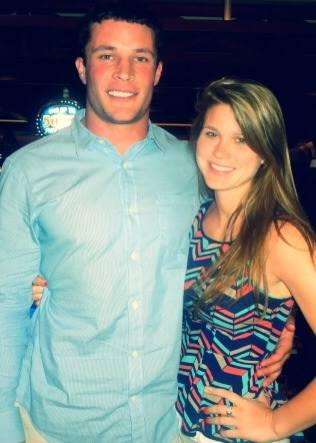