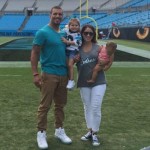 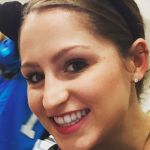 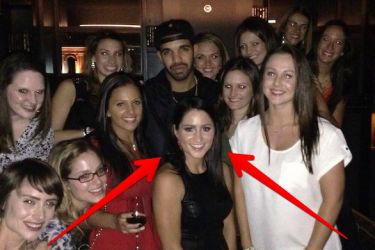 Some players’ wives are just meant to be in the player wives community– taking care of kids, going on Caribbean vacations, trying to tie everything in life to the bible somehow, and watching their husbands crash into huge guys on a field surrounded by thousands of rabid fans. One such woman is Kurt Coleman’s wife Laura Coleman. The couple have two little girls who will grow up to be football fans, and Laura herself is from THE Ohio State University– known for its extreme football focus.

It’s no surprise that the couple both attended OSU since half of all football marriages start at college or before. Within the last two years, Kurt Coleman’s wife Laura was married to him, and before she became Mrs. Coleman, she was simply Laura Roberts. Back in 2013, young Miss Roberts was at a bar in Philadelphia with all of her friends celebrating her engagement to Kurt and guess who was also there that night? None other than the ladies man himself: Drake. He posed with Laura and all of her friends, and the picture taken with them has him wearing a look on his face like, “these girls aren’t cool enough for me, and I can’t be bothered to smile with them.” If you look at the photo, every single girl is smiling and looking like they’re having a good time, and Drake is the opposite.

Other recent good times for the couple includes the television session that Kurt Coleman did on a show called This Is Gross with Jordan Gross, a former Pro Bowl offensive tackle for the Carolina Panthers. The show is actually pretty good if you’re into the team, and Jordan knows how to talk to the players and keep things moving right along. Anyway, Kurt was on there chatting with Jordan about how his nose keeps getting split open, and in the background, you can hear his kids screaming and making all kinds of strange squeeling noises while Kurt Coleman’s wife tries to keep them under control. Welcome to the wacky world of being a player’s wife. 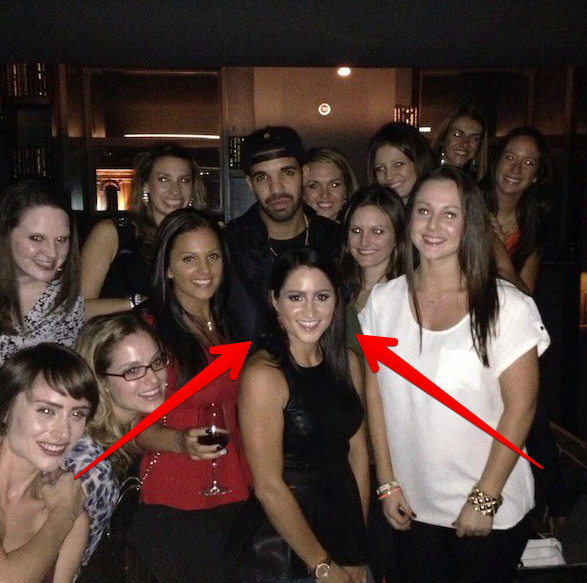