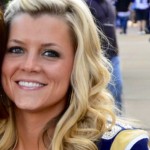 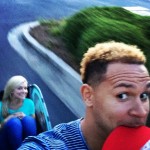 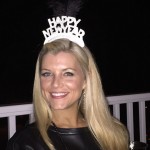 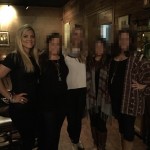 Cortland Finnegan’s wife Lacey Finnegan is a beautiful blonde mother of their two daughters. She’s got a very pretty face– classic attractiveness at work. I’d expect nothing less from a focused performer like Mr. Finnegan. Lacey was wearing some bright golden sneakers recently while Cortland sported some more conventional kicks. It’s good to get an update now and again on what players and their wives are wearing on their feet. We wouldn’t want to fall behind in our knowledge of sports wife fashions. I can also report that Cortland’s shoe game is very strong. Showing off his many sneakers is a past time of his. Yeah, he’s one of those dudes with about 13,000 pairs of sneakers. He also has a thing for pink sneakers, which I respect because it does indeed take balls to wear’em. Real men wear pink

Lacey often takes their young daughter to ballet. You get about as much out of the waiting room at the ballet studio as you would think. That is to say it’s fairly boring waiting in a ballet studio’s waiting room, but if they have a large glass window you can at least kind of get the gyst of what’s going on. Cortland Finnegan’s wife Lacey has got a great sense of humor just like Cortland. Funny jokes and acting goofy is one of the first things I look for from someone’s social media updates. If you find them present and accounted for, that’s a good sign. Well, I’m happy to report that Lacey and Cortland have got memes and goofy pictures aplenty. Sure, there’s the frequent religious outpouring, but you gotta’ know that’s standard issue with most athletes. Plus they’re about a 4 out of 10 on the religion in-your-face-o-meter.

The couple have two Rottweilers, and I believe Cortland just got a new puppy recently. The couple are a fan of animals, and Cortland Finnegan’s wife was photographed by him with their daughter a petting zoo a little over a year ago. They enjoyed petting a billy goat. The billy goat, naturally, is the first animal one turns to at a petting zoo. Cortland didn’t get to adventurous for fear of sullying his pristine sneakers. 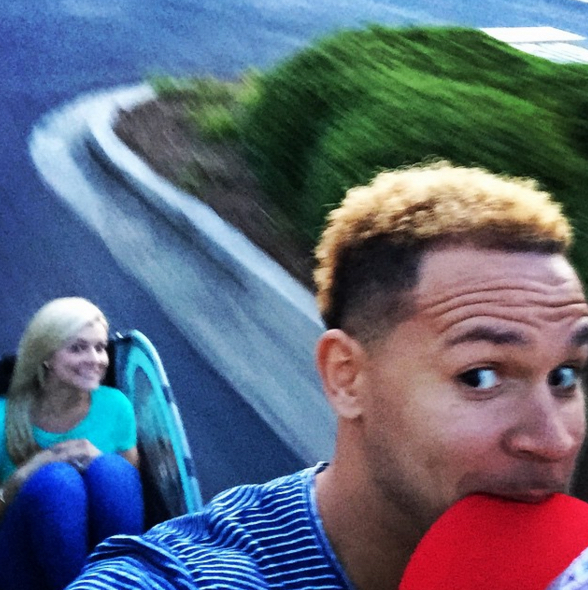