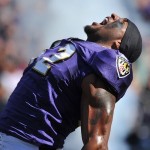 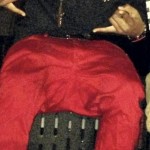 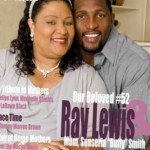 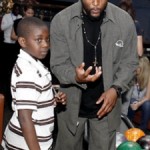 Ray Lewis has spent 16 years terrorizing offenses in the AFC, and now it might be time for him to terrorize single ladies in the Mid-Atlantic region. Ray Lewis’ girlfriends and wives have often been the same thing: the game of football, and the Baltimore Ravens. As he embarks on his last trip through the AFC playoffs before riding off into the sunset, we at PlayerWives.com would be remiss to not take a look through his personal life. Unfortunately, despite all of our efforts to unearth Ray Lewis’ wife, or Ray Lewis’ girlfriend, the search has turned out very little.

This isn’t to say Lewis hasn’t had his share of successes off the field as well. Lewis has fathered six children with four different women. One Ray Lewis’ girlfriend who has stood the test of time is Tatyana McCall, the mother to three of his children. The couple met at Miami, and she’s clearly proud of the relationship she built with the Ravens leader. In an interview with Sports Illustrated in 2006, McCall described Lewis:

“Ray has a huge heart and will help anybody in need if he’s able. I would be remiss if I didn’t say I was proud to be the mother of his kids. It’s not always easy, but I am very proud.”

McCall is the mother to Ray Lewis III. III is the elder Lewis’ oldest child, and is a standout prep school football player who has already committed to play for The U next fall.

Apparently the times that weren’t so easy continued to build as the couple did separate. As previously noted, Lewis did father three other children with three different women. The only other name we could find is Kimberly Arnold, and details of their relationship are incredibly sparse. The couple was not together as of the 2013 date of this posting. Just about the only female constant is Ray Lewis’ mother, Sunseria “Buffy” Smith.

So what happens now for Lewis? He’s poured his heart, soul and life into the NFL since 1996 and is about to be presented with ample time to play with. His new ESPN gig will take up a couple Sundays in the fall, but nothing like what he’s used to spending. Will Ray Lewis finally find a wife? Will life finally allow him stability off the field? Ray himself says that the time off will allow him to be more of a father to his children, especially to help the elder two sons with their budding football careers. Ray Lewis III is attending the Univeristy of Miama in the fall and you can be sure that Ray Lewis will be there for that. 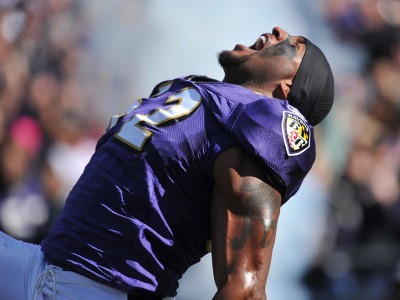