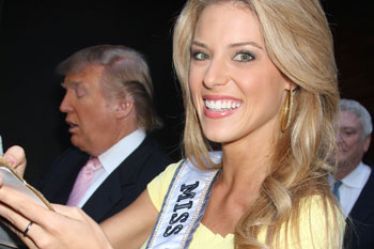 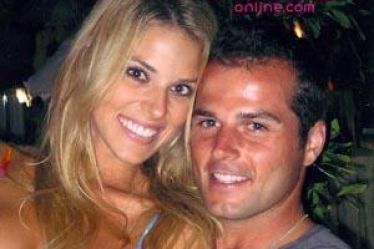 UPDATE: After being engaged for only 5 months, the couple tied the knot July 2, 2010. The two exchanged vows in an extravagant ceremony at Capella Church,at the Grand Del Mar Hotel in San Diego, CA. The couple brought their guests onto the lawn for drinks afterwards before being driven away by a white Rolls Royce Phantom.

You probably know Kyle Boller’s wife Carrie Prejean as the 2009 Miss California and Miss USA first runner up who made some controversial comments in regards to the topic of gay marriage. During the 2009 Miss USA pageant, Prjean was asked her feelings on the topic by openly homosexual celebrity blogger/pageant judge Perez Hilton, which she replied by stating: “Well I think it’s great that Americans are able to choose one way or the other. We live in a land where you can choose same-sex marriage or opposite marriage. And, you know what, in my country, in my family, I think that I believe that marriage should be between a man and a woman, no offense to anybody out there. But that’s how I was raised and I believe that it should be between a man and a woman.”
Pressure on her intensified when she would not back down from these comments, and Prejean repeatedly cited her Christian faith as the reasons behind her statement.

After Miss America, Prejean spent the summer of 2009 embroiled in a number of controversies which ultimately led to her termination as Miss California and Miss USA runner up. Among the scandals: racy photos of her were released online, which Prejean sluffed off as being regrettably taken as a taking as a naive, young model. CNN later reported on the existence of a Prejean solo-sex tape, which was later reported to in fact be 7 sex tapes. Prejean called them the worst mistakes of her life (though this was admittedly before she began dating Kyle Boller). She was ultimately terminated with K2 Productions, the company that runs the Miss USA pageants due to repeated breaches of contract, which Prejean described as happening because she refused to model for Playboy or appear on NBC reality show, “I’m a Celebrity: Get Me Out of Here.” K2 Productions had a number of claims, including Prejean’s failure to repay a $5,200 loan for breast implants. 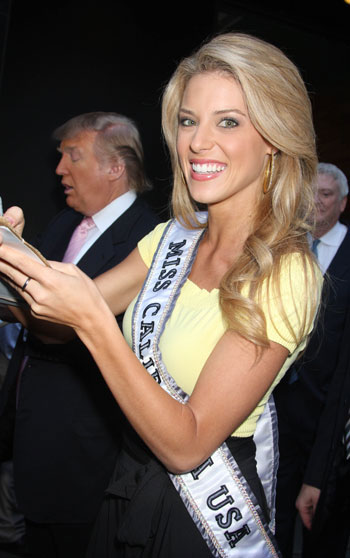