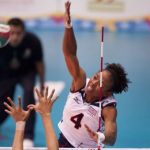 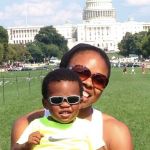 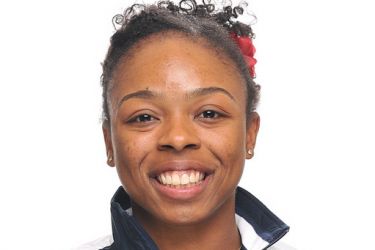 Justin Forsett’s wife Angela Forsett has a higher vertical leap than he does. On the relative sports scale, she’s a better athlete- having all but secured a spot on the Olympic Volleyball team for the London Olympics before unexpectedly becoming pregnant. She’d be training very hard for the team, and, well, I guess they decided they had to keep it.

And keep it they did. That little Olympic Dream Crusher is now known as Judah, and he’s about 21 months old. Justin’s wife Angela posted a video recently of his son recognizing his dad on television during a game, and he started yelling to him on the screen to try and get his attention. The clip is pretty cute, and it helps to make up for, you know, dashed Olympic Volleyball ambitions. Angela is now busy taking care of little Judah, and she has no time to be flying through the air reigning down killer spikes on lesser opponents. Justin made a statement a few years back about how Angela’s vertical leap was four inches higher than his (something crazy like 36 inches), and that she could dunk a tennis ball.

Justin Forsett’s wife Angela was also surprised to receive a special 1-year anniversary gift from Justin. It was a full song and music video about their relationship. The song was arranged in a semi-modern R&B style, and Justin’s singing was passable, though I have to say his lyric writing left a bit to be desired, and the music itself came off as bland, but it doesn’t matter. It was a very sweet and thoughtful gesture. I watched about half of the video, and it shows what a classy guy Angela managed to find for herself. I mean, the video and song are more than decent if you consider that Justin has to spend almost all of his time playing professional football.

Angela Forsett has quite the list of accomplishments, but let’s add a few more just for posterity sake. She is currently a CrossFit coach and was formerly named Miss Florida in high school. 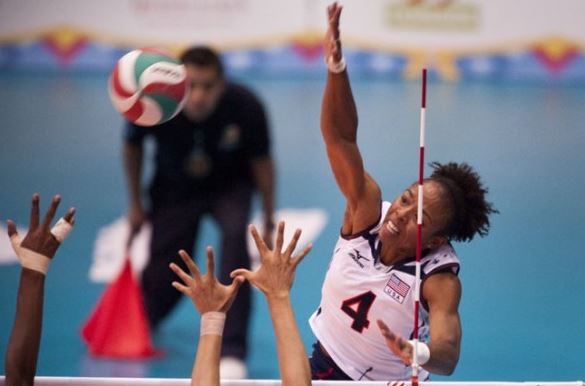