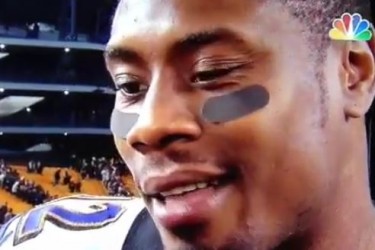 After a 50+ yard touchdown and a 109 yard Super Bowl record kickoff return touchdown, Jacoby Jones has become a household name in a matter of hours tonight. Before tonight, the 6 year pro spent time with the Houston Texans before coming to the Baltimore Ravens. And until destroying NFL playoff records, he was essentially known in those two cities, and extremely deep fantasy leagues across the county.

However, after his instant success, people have to be wondering, who is Jacoby Jones’ girlfriend? After a little sleuthing,… we’re still not sure [UPDATE 02/18/2013 – We have now verified that Jacoby Jones girlfriend is Kimberly Harris, and has been with him for at least a couple years.]. We do know that Jacoby Jones has a son born in late summer, 2012, who he talks with via FaceTime or Skype on a nightly basis. After an interview with the New Orleans Times Picayune, we know that the couple has been together for a long time, and is committed to making the relationship work with their son. Jacoby Jones mother, Emily Jones, told the Times Picayune that she had the headphones ready for the infant to wear at the Super Bowl as Jacoby Jones mother, girlfriend, and son will be in attendance.

After his performance tonight, Jacoby has a real shot at standing on the podium holding up MVP hardware. We’ll see if Jacoby Jones girlfriend is on stage with him celebrating. Stay tuned. 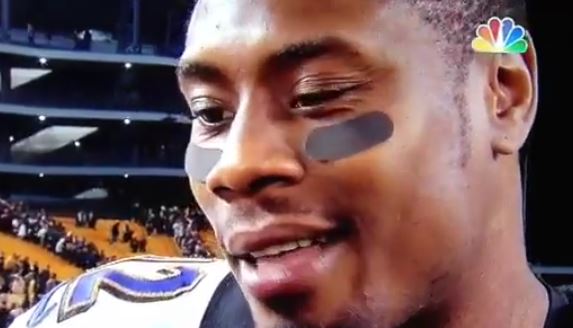