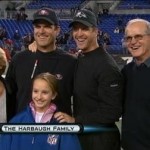 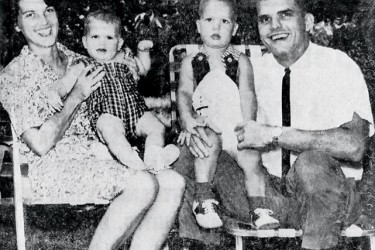 There are a lot pun related names for the upcoming big game, with HarBowl probably being the one you’ve heard the most (and whoever came up with Breaux Bowl is just the worst human being alive… just awful). John and Jim Harbaugh will become the first two brothers ever to face off against each other in the Super Bowl. Naturally, their family story will be a focus in the two weeks leading up to the game. I’m sure their father Jack Harbaugh and his wife/their mother Jackie are very proud of their boys.

John and Jim Harbaugh were both born in Toledo, Ohio. John is the elder, by about 15 months. Clearly John and Jim Harbaugh’s father inspired them growing up, because Jack coached football his entire career. Starting off with a local high school in 1964, Jack went on to land his first college gig as an assistant at Morehead State. After bouncing around at a few different schools, he was named the head coach of Western Michigan in 1982. His longest stint in one place was Western Kentucky, where he lead the Hilltoppers from 1989-2002. Jack finally retired from coaching after 2009. With her husband frequently taking new jobs, Jim and John Harbaugh’s mother Jackie held things together in the house while also teaching and being a counselor. This helped Jim out of a bind one day when he was 12. Not surprisingly, he wanted to win at everything in gym glass which rubbed the gym teacher the wrong way. Eventually the principal suggested that Jim might need to take Ritalin. Jackie would have none of this, sticking up for Jim’s competitiveness. 49er fans are certainly happy she did.

Jack and Jackie Harbaugh were married in 1961. In addition to John and Jim, they also have a daughter Joani. And in case you forgot – Joani Harbaugh’s husband Tom Crean is the Indiana men’s basketball coach. Quite the remarkable family.

Reportedly, the Harbaughs will watch their sons battle for the Lombardi trophy not from New Orleans, but from the comfort of their daughter Joani’s home in Indianapolis. When asked where he allegiances lied, she played coy and hoped for a tie. “Can the NFL do that?” she asked. Donovan McNabb says no. 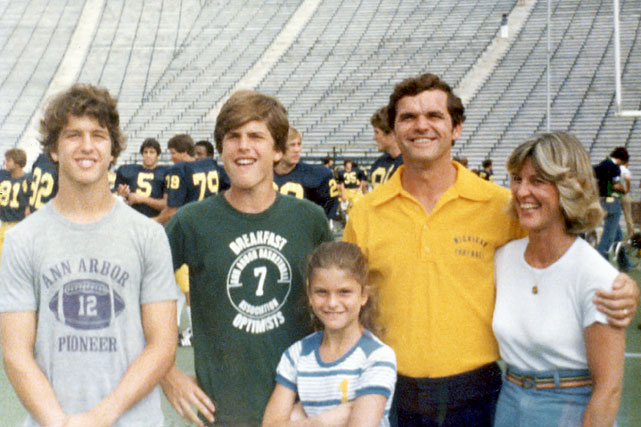