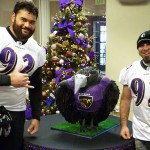 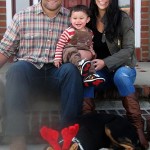 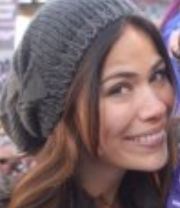 Haloti Ngata’s wife Christina Adams has known him since the two began dating while attending Highland High School in Salt Lake City together. Haloti married long time girlfriend Christina in 2007, a year after entering the NFL. The couple has one child together; son Solomone “Sam” Ngata. Solomone was given his first name in honor of Haloti’s father who was killed in a traffic accident when Haloti was a freshman at Oregon. His mother died less than four years later after complications from diabetes.
In an interview with the Ravens official website, Haloti reflected on how fatherhood had changed his life with Christina after experiencing a tragic miscarriage in 2008:
It was just me and my wife for a long time. To have your own child, it makes you think about more than yourself. When it’s just you and your wife, you’re kind of just like selfish. You can do your own thing, do whatever you want. Having a son made me realize there are a lot of things more important than myself. It kind of carried over to the field. I’m more of a guy that tries to help the team than try to get stats for myself. It’s actually made me get more stats, playing selfless. It’s just been a great blessing.