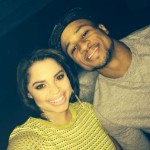 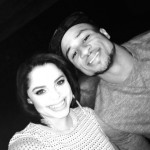 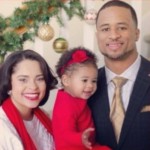 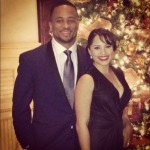 Let’s check in with Earl’s perspective on things first:

That’s a direct quote from him.  Not out of context, and we’ll link to a video of it below.  But, here’s the insanity that is this story.

TMZ broke the story of a violent encounter between Earl and Nina Thomas on April 13, 2020.  The story goes down like this.

Austin, TX police were called to the Thomas home at 3:41 am for a disturbance call.  When they arrived, they found Earl Thomas’ wife brandishing a knife, and Earl Thomas with a gun hiding behind a vehicle.

Nina alleges that the couple got into an argument earlier in the day over his drinking, and Earl left with his brother.  Nina wanted to know where he was, so logged into his Snapchat account, finding a video of Earl and another woman sending her into a rage.  Snap strikes again, and she was able to track him to a rental home.  On the way, Nina picked up two friends and a pistol to confront Earl…. but only to scare hi!

Things only escalated from there.  Because when Nina arrived, she found Earl and his brother in bed…. with other women….. naked.

We’ll let TMZ pick up some of the story from there:

That’s when Nina admits she pulled out the gun and put it to Earl’s head — stating “that she took out the magazine thinking that the gun could not fire.” But, cops say Nina was “unaware that the gun had a round in the chamber.”

Cops say one of the women in the house shot cell phone video of the incident … which they say shows Nina pointing the gun at Earl’s head “from less than a foot away and it can clearly be seen that Nina’s finger was on the trigger and the safety is disengaged.”

Fortunately for Earl, cops say the Ravens defensive back was able to wrestle the gun away from her.

Cops also spoke with Earl, who essentially corroborated the story … adding that Nina repeatedly hit him while he attempted to take the firearm away.

In an interview with Earl’s alleged mistress at the scene, she claimed Nina also threatened her and the other woman in the house — pointing the gun at them and yelling “I got something for all you hoes!”

Holy shit, I need a drink to calm down after reading that.  As for Earl?  He’s not swayed.  That full quote he put on Insta?

“Stuff like this happens, bro. We’re trying to live the best life we possibly can, but sometimes it doesn’t go as planned.”

Ravens safety Earl Thomas says in an Instagram post tonight that TMZ will have a report on an “altercation” between him and his wife, Nina, on Thursday.

“Stuff like this happens, bro. We’re trying to live the best life we possibly can, but sometimes it doesn’t go as planned.” pic.twitter.com/PLavo2nmk3

Earl Thomas’ wife Nina Heisser is proof positive that life is good for the All-Pro. Thomas is working hard to make his name known nationally (and working opposite Richard Sherman, it’s easy to be overshadowed), Life for the 29 year old All Pro is going pretty great, and well, why wouldn’t it?

In September, 2012, Earl was set to square off against Green Bay in the infamous Golden Tate Inaccurate Reception game. Hours before kickoff, Nina went into labor with their first child, daughter Kaleigh Rose Thomas. Earl decided to suit up with the rest of the team, and took on Green Bay later that day. Kaleigh was born about 15 minutes before kickoff, but before the first half was over, Nina wanted to let the world know that Kaleigh was watching her dad in her mom’s arms:

Not a ton known about Nina. Her Twitter bio doesn’t go far saying, “Blessed beyond measure . Kaleigh Rose Thomas . Living life & all it has to offer w/ The love of my life : @Earl_Thomas #goseahawks Seattle to everywhere ” (We should note that’s back when she had a Twitter account which now since seems defunct).  The couple proudly show off their daughter on Twitter and Instagram, while also celebrating in all of of Earl’s on field successes.

Earl Thomas’ girlfriend became Earl Thomas’ wife in April of 2016.  The high school sweethearts tied the knot in a lavish affair.  The wedding saw Earl Thomas rock a crown.  And while some may say it sounds gauche, I can tell you definitively it was not.  It was dope, and my god I wish I could pull that style off.  There was an enormous wedding party, which worked well with the entire overall event.

It's good to be the king! Congrats to Seahawks player #EarlThomas who married his highschool sweetheart #NinaHeisser

Since the birth of Kaleigh, the couple has had two more kids.  Earl will occasionally proudly show them off on Instagram, most notably in a memorable life event like moving to Baltimore. 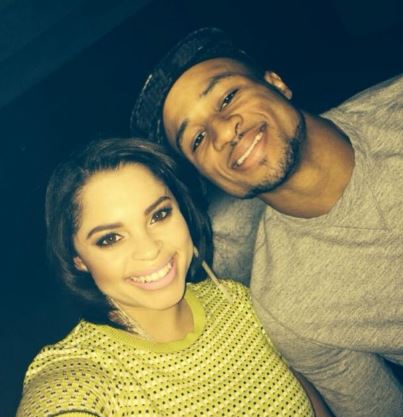