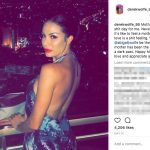 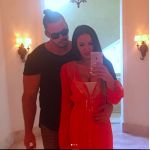 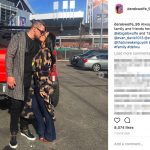 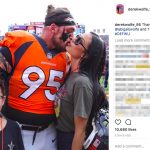 Derek Wolfe’s wife Abigail Wolfe is the mother of their daughters Tatum and Roxie. The family lives in Denver, Colorado.  But, they will surely be relocating to Baltimore soon enough.. According to Bossip, they married on February 25 of 2017 at the Four Seasons in Vale, Colorado. In addition to Tatum, the family also includes two dogs named Jack and Buster. They are an English Bulldog and a Black Labrador. It is unclear whether Tatum is also the daughter of Derek. When he proposed to Abigail on her birthday on May 20 of 2016, Tatum posed with them for their photo. Abigail also documented the marriage vows on social media, where Derek included Tatum in the vows. She said this meant a lot to her.

Valentine’s Day love! @abigailjwolfe gave me coffee cub and expected me to be upset lol WRONG! It’s the thought that counts. She surprised me afterwards with a Hublot though! Thank you Abbie for making every holiday an adventure. I love my family so much. As long as I have my girls, I have everything.

Abigail posted a tribute to her daughter Tatum in May of 2016 as well. Tatum was born on May 6 of 2007. Derek Wolfe’s wife calls Tatum an old soul trapped inside a little body. Abigail also added she knows Tatum is destined to do great things. When photos of the engagement first appeared, 247 Sports covered the event. They described Abigail as a fitness model. Abigail occasionally shares photo of herself at the gym too. For example, she spent time in the Red Rock Canyon in Nevada, and the picture she showed featured her doing yoga on the rocks.

Derek appeared in a November 12 Fox News post after he appeared with his brother-in-law on the field before the game. His brother-in-law served two tours in the navy, and Derek appeared with him to honor his service. According to the news post, Derek Wolfe’s wife came up with the idea with him. So Abigail received some credit, and they thought it would create a nice memory for the family. Abigail also comes up with cool ideas for her friends. For example, she traveled to Thailand with her best friend Chrissy in 2015. She documented the trip on social media. Abigail also occasionally shares quotes she enjoys on social media. One notable one came in August of 2015. It said there’s something wrong with your character when opportunity controls your loyalty. She mentioned it sometimes takes a long time to realize some friends are merely opportunists.

A long and winding road to the NFL

In a brutal article and portrait of Derek’s personal history, NFL Player Engagement detailed Derek’s upbringing. According to the article, Derek never knew the identity of his biological father. He also spent a lot of time with his stepfather searching for his mother at night, who struggled with addiction. The article also mentioned the stepfather beat him constantly. Eventually, a friend’s family took him in permanently after he bounced around from place to place. Now, Derek Wolfe’s wife and her daughter 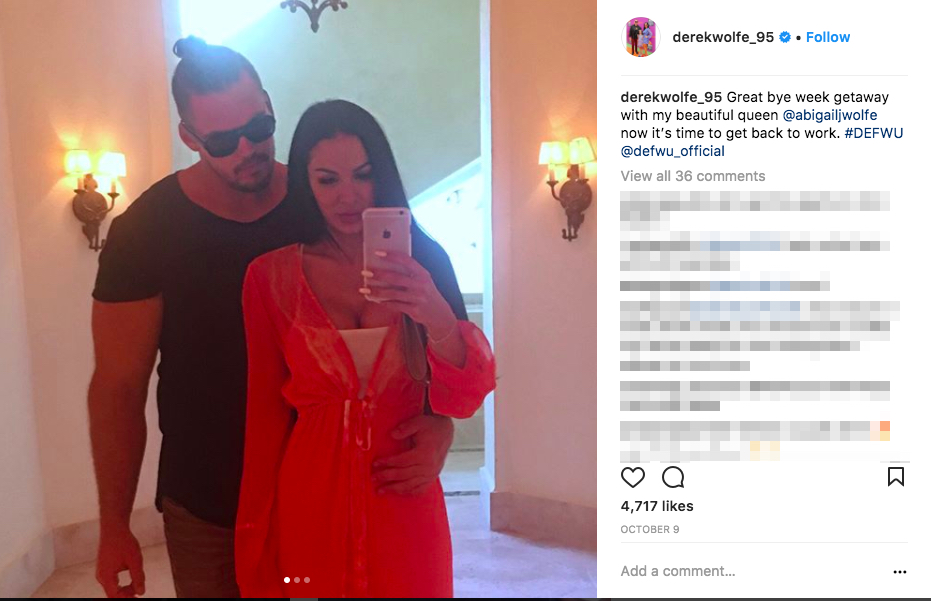