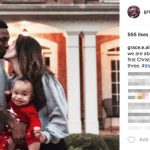 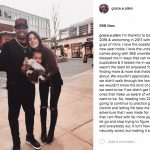 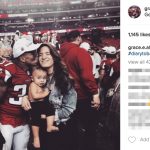 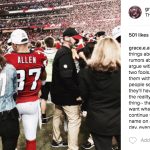 Ricardo Allen’s wife Grace Allen is the mother of their child. She describes herself as many things, but she thinks of herself as a wife and mother first, naturally. She attends all of Ricardo’s games with their son. Grace keeps a kind of online diary for her son to explore when he’s older [Editor’s note: That’s very cool. Like really cool.]. It’s a great idea because in about twenty or thirty years, he will learn a lot about his origins. Grace describes herself as someone who has difficulty staying still. She describes how she wants to concentrate on “pauses” in her life to gain wisdom and grow as a person. We’ve got a self-reflector on our hands!

I like Grace’s social media diary. Provided Instagram sticks around on the internet, it will be a nice document for friends and family to remember her by. Ricardo Allen’s wife loves to share her own personal epiphanies on social media almost daily. Grace explains how she understands who she wants to be after people hurt her and act in ways she doesn’t like. She seems to internalize personal lessons by writing them out.  She seems really sweet.

The family took the baby to see Santa in some store on December 23. Taking a little one is an interesting concept in a lot of ways. Pictures with Santa are quintessential part of growing up for folks that believe in the big man. But the kiddo very likely did not understand the concept at all. Certainly, the pictures and the act of getting the pictures entertained Ricardo Allen’s wife. I don’t really know when a baby begins to grasp complex concepts such as men who fly in the sky and deliver presents. These quaint family events will undoubtedly not be retained in the young child’s memory. When he eventually logs onto his mother’s social media diary, it will amuse him too. Good luck to them! 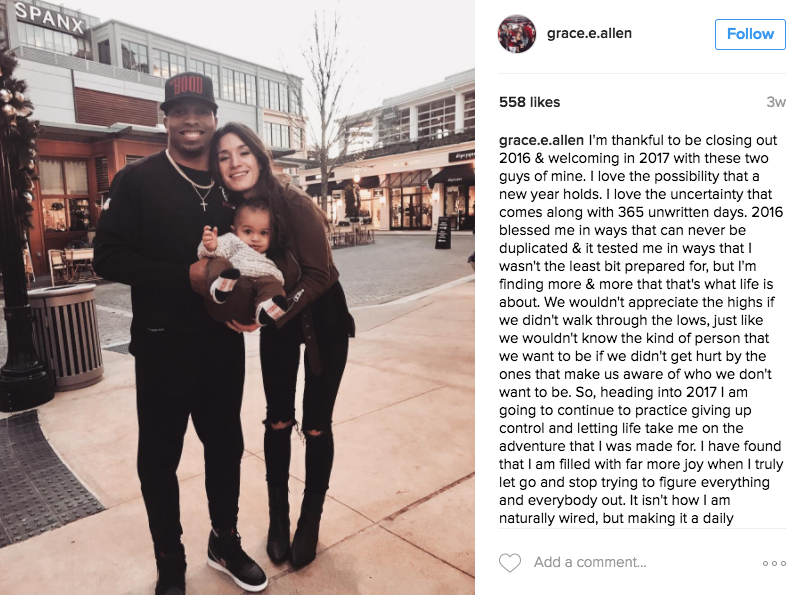