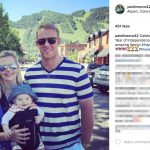 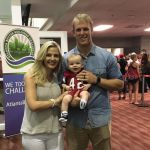 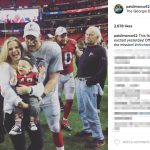 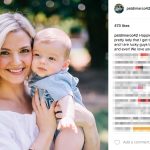 Patrick DiMarco’s wife Kirstin DiMarco celebrated ecstatically on the field with her husband when the Falcons won the NFC Championship. Kirstin only recently gave birth to their first son. His name is Weston, and he is the fifth member of the family because the couple also own two dogs. Brice and Beau are their names. I admit I love Golden Retrievers, and I guess the DiMarco family does too! A company sent the family some free dog beds for them right before Christmas. Patrick gave the company a shoutout in his social media.

In September of 2016, Patrick wished his wife a happy birthday and posted a picture of her with the baby on social media. Naturally, he is very happy to call this woman his wife, and he says as much. Patrick DiMarco’s wife Kirstin enjoys charity work and stays committed to help those less fortunate. Since they are both quite pious people (what pro football player isn’t?) they volunteer all the time. She told Patrick she wanted to get involved with a foundation. Kirstin goes to the Children’s Health Care of Atlanta as often as she can. I think she even does it now too even though she has a child of her own.

Because the couple likes to help people, they hosted a dinner for 125 men from the Atlanta Mission, according to an article from the Falcons website. Since they do so much work to help people, the league nominated Patrick for the NFL Man of the Year Award. That is a great honor because it means he provides care and assistance. I am sure Patrick DiMarco’s wife also pushes him to do this. They seem like very kind people to me. They even sponsor a Family Christmas Shopping Spree! It is exactly what it sounds like- a spree for poor families to go and buy stuff for Christmas! 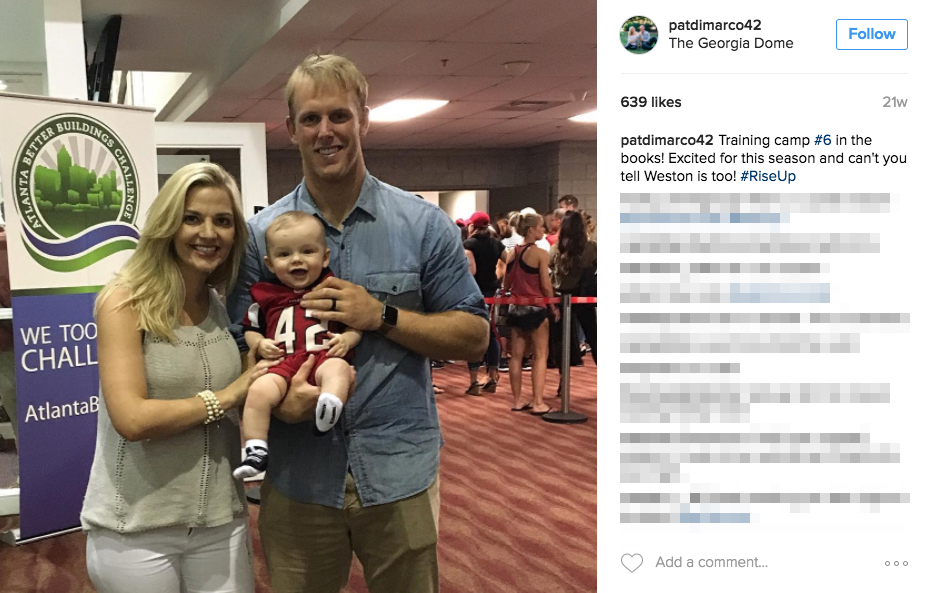