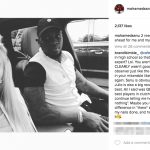 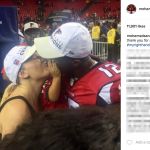 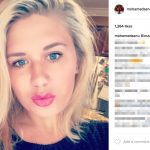 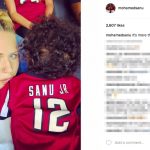 Mohammed Sanu’s girlfriend Lauren Hettinger became engaged to him in February of 2016 at Wembley Stadium. I watched the engagement video that Mohammed posted on Twitter.  It’s pretty awkward, in my opinion, but it’s also sweet. It’s a somewhat awkward because the crowd is making a huge racket. However, the surprise factor is pretty solid. It sort of makes up for the fact that the location is awkward. This seems to be what Mohammed has in mind. Anyway, he proposed to her in a large crowd, and she said yes and put the ring on her finger.

Before the proposal, Mohammed Sanu’s girlfriend gave birth to their child. This came six months before the engagement. They named the kid Mohammed Junior. Lauren posts tons and tons of pictures of the boy all over her social media since she loves to share. She obviously adores him. The family does all kinds of activities together, and Mohammed spends as much time as he can with his wife and kid. Lauren and little Mo’ attend as many games as possible. Most of the pictures Lauren shares is simply her and her son with Atlanta Falcons gear on. They’re big fans of daddy’s team!

So here’s something that I struggle to digest. Mohammed and Lauren also post a number of “intimate photos.” They’re generally photos of them without shirts on hugging and being close to one another. And like, I get the intent of it all. But, it’s a little different, to be honest. Hey, I’m not judging, but it’s definitely not something I’ve come across before. If they want to be exhibitionists, maybe they will both pose in an adult magazine together? That sort of takes it to it’s logical conclusion, no? If that’s their thing, then all the power to them. I guess they enjoy it. Mohammed Sanu’s girlfriend appears to be a loving and supportive wife and caring mother. What more can you ask for. 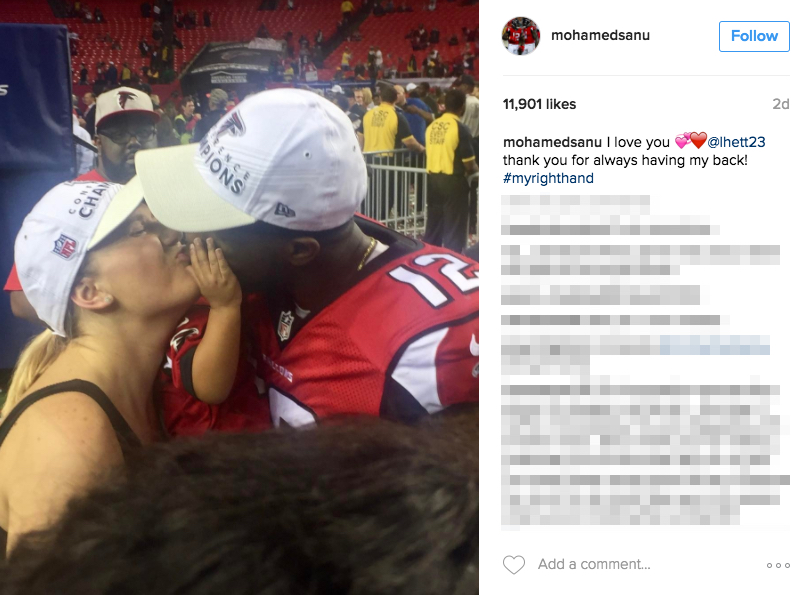