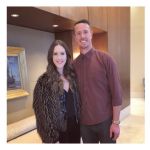 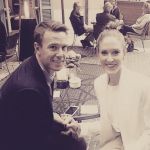 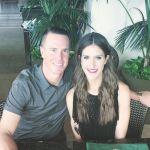 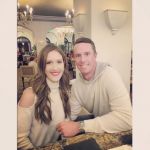 Matt Ryan’s wife Sarah Ryan is a former high school basketball legend. Before she settled down with Matt, she tore up the Maine basketball record books. Boston College recruited Sarah, and she started as a point guard for three years. The couple met at BC while both were ripping it up. In fact, they met in the weight room while they were pumping iron.

Matt Ryan’s wife had recently gone silent on Instagram.  In early April, she felt it was time to explain her incredibly justified absence.

I have been MIA on here for awhile so I wanted to give a little update on what’s been going on the past few months. On January 9th I was placed on hospital bed rest due to complications with my pregnancy. After 6 weeks under the watch of the amazing doctors and nurses at Northside Hospital, our twin boys decided they were ready to make their arrival into the world. They were small but tough and fought their way through their time in the NICU to get strong enough to come home. Our first born, Marshall Thomas Ryan, was sent home after 5 weeks in the NICU. His brother John (Johnny) Matthew Ryan followed a week later. To say that having Marshall and Johnny at home is a dream come true for Matt and I would be putting it mildly. We are endlessly thankful for their doctors and nurses in the NICU who gave them the most incredible care and will forever hold a special place in our hearts. We are so grateful for our family and friends who we couldn’t have gotten through this journey without. And we thank everyone/all of you who checked in on us over these past few months. We so appreciate it. Now after a lack in posting I will be flooding your timelines with baby photos🤗 Exactly what I said I would never do🤷‍♀️

That’s right folks.  Matt Ryan’s wife gave birth to twins.  I suppose we can let a little time off the ‘gram go unpunished.  It appears everyone is finding their groove and doing well.

Besides Kids, what else is Sarah Ryan up to?

Now, Matt Ryan’s wife works for the Atlanta Dream (WNBA). She is officially a sponsorship sales consultant.  I cannot oversell how much of a huge athlete she was in Maine: named the Maine Female Athlete of the Year back in the day.   In fact, I was working at a Portland Maine news channel during her heyday – she was honestly a big deal.  Fast forward to current day, where Matt and Sarah Ryan have no kids to look after yet.  The couple can travel a lot, attend games, visit family and friends often. Earlier in 2016, Sarah played some golf while celebrating her friends’ wedding. I do get the sense she has a natural, competitive sports streak.

Matt and Ryan like to travel to exotic places as much as any other pro athlete with a fat wallet. I suppose the offseason is a time to explore tropical, curated paradises. Matt Ryan’s wife says she doesn’t have a short temper, she just has a quick reaction to BS. I like that description because it captures her well. Mrs. Ryan seems to hang out with her mother in Maine whenever she can. The two of them engaged in some karaoke sessions, and Sarah posted them on her social media. There is a movie called “Forgetting Sarah Marshall,” and Sarah likes to make jokes about the billboards the campaign employed. The billboards featured huge messages saying, “My mom always hated you, Sarah Marshall.” In conclusion, It’s an honor to one’s name featured in a full-length motion picture! 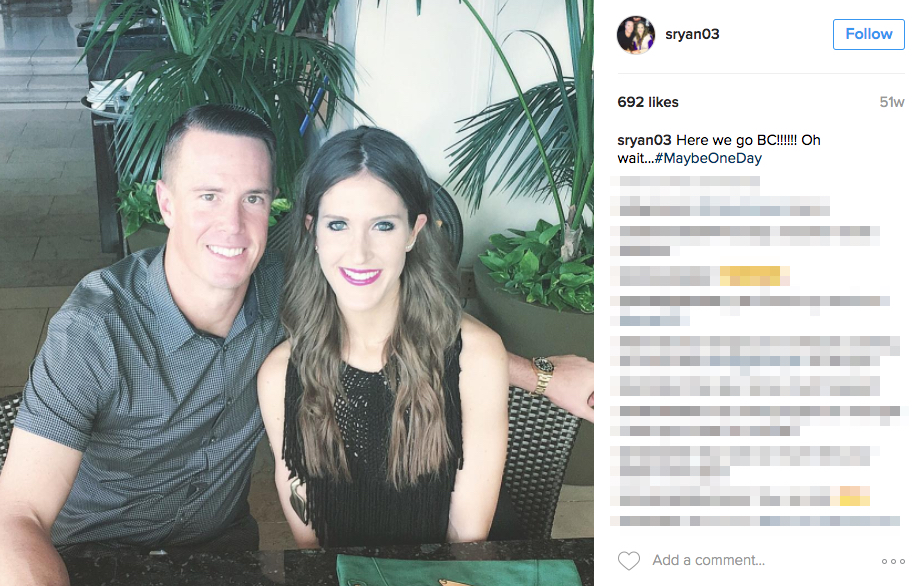