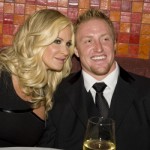 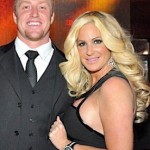 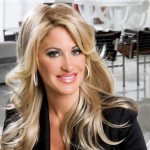 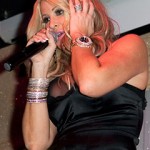 Atlanta Falcons defensive end Kroy Biermann married Kim Zolciak of Real Houswives of Atlanta fame on 11-11-11 at Kim’s Atlanta area home (incidentally, their engagement was announced on 10-11-11). In news I’m supposed to care about because we run a semi-gossip website, Cynthia and Nene weren’t invited to the wedding. I have no idea who Cynthia and Nene are, and I refuse to go find out.
Kim and Kroy met as contestants at a charity event, Dancing with the Atlanta Stars, while Kim was filming season 3 of Real Housewives. Both of them were contestants, and their meeting was later shown during an episode of the Bravo reality show. The couple has one child together, son Kroy Jagger Biermann, Jr., born May, 2011, which they announced the pregnancy of on Twitter. Kim has two daughters from a previous marriage.

Kim’s career arc on Real Housewives has seen her go from trying to launch a country singing career, to releasing a dance song called “Tardy to the Party.” In an interview with the New York Daily News, Kim admits to multiple cosmetic surgeries, including having her “boobs done twice.”
While researching this post, we found the following the bio page of Kim’s website:
As her psychic predicted, Kim’s life has changed dramatically for the better.
Sometimes, the jokes write themselves. 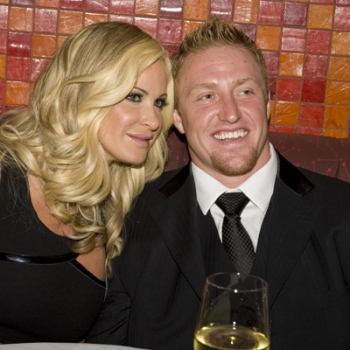