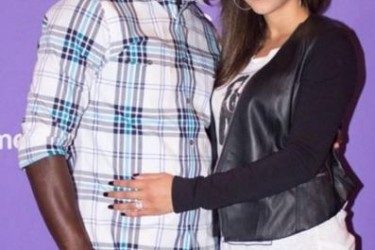 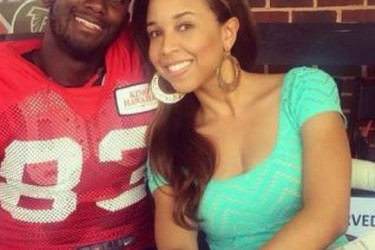 Harry Douglas’ wife Kierra Douglas was a professional cheerleader for the Atlanta Hawks. Despite the anti-fraternization rule, you still gotta’ figure the players are going to end up dating at least half of the cheerleaders that cheer for their team, right? Well, This time the Falcons swooped in. It’s weird that the two biggest Atlanta teams are named after predatory birds.

I’ve looked through Douglas and his wife Kierra’s online wedding album, and it was one of those large-and-in-charge weddings held at a huge building called 200 Peachtree in downtown Atlanta. I guess the lady that organized it had her work cut out for her since both Harry and Kierra’s schedules are hectic, though it did look like it was well executed. My only complaint is that the wedding cake was all glittery. It was a “bling” cake with fake diamonds and shiny pieces of something bedazzling it. It wasn’t very appetizing, if you ask me. Though I really dig how the wedding after party was a casino after party, complete with dealers, blackjack tables, the works.

October 2014 saw Douglas and his wife Kierra at the March of Dimes Bowling for Babies charity event. Not only that, but Kierra got crowned Mrs. Georgia shortly after she was wed to Harry. I guess “Mrs.” Georgia is pretty self-explanatory. It’s lower stakes since the lady is hitched and the excitement of knowing she’s still single is gone, but this happened in June, only a few months after her wedding in March. Kierra has been busy with her new business as a performing arts teacher in Douglasville, Georgia. She picked a nice town to set up shop, seeing that her last name is now Douglas. The name of the studio is Just Dance, if you’re looking to enroll your kid in some hip hop or jazz dance classes or if you yourself are looking to improve your move-busting technique. 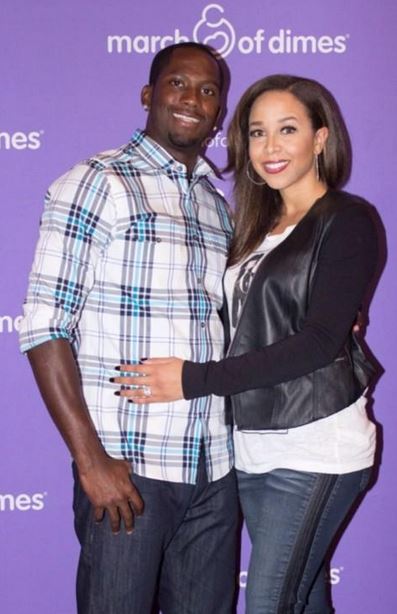