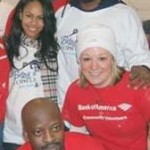 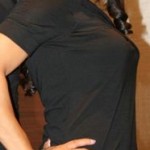 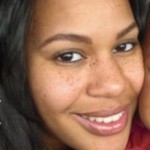 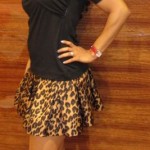 When doing “research” on Asante Samuel’s wife Jeniva Barrett I stumbled onto (ok, maybe I stalked) her facebook page and came across an interesting tidbit. Mrs. Samuel, Jeniva is friends with someone name Suge Knight. After immediately clicking on his page to see if it was the Suge Knight I was saddened to learn it was not the one and only Suge Knight, but another one and only Suge Knight who had nothing to do with TuPac’s murder (allegedly). Seriously though can you image having that name. What type of street cred do you think comes with having the name Suge Knight? I want to friend the guy just to have him on my list of friends.

What were we talking about? Oh yeah, Asante – almost picked off the game clincher from Eli in 42 – Samuel and his wife Jeniva. Asante and Jeniva were married in 2012, most likely during the spring/summer when Asante wasn’t playing. The now corner for the Atlanta Falcons has four kids although we are not positive they are all with Jeniva (but we believe that to be the case). The earliest picture we have of the couple goes back to 2009 but we think they have been together a lot longer than that.

For those that did not know Asante has a record company called Deepside Entertainment. If you don’t think this label is going somewhere then my friend you have not seen this video.