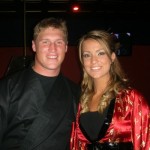 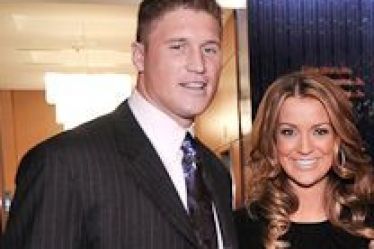 Todd Heap’s wife Ashley Heap is the mother to his five children. Police were called to their Mesa Arizona home on the afternoon of Friday, April 14.. Heap accidentally struck his youngest daughter while moving his pick up truck in the driveway.  The little girl later passed away at a local hospital.  Police have indicated that there no foul play or signs of driver impairment.  It appears to be the most tragic of accidents.  It is unclear if Todd Heap’s wife was home at the time.

NFL players and fans alike have been flooding the Heap family with support and prayers since the incident. The Baltimore Ravens released the following statement:

“We cannot imagine the heartbreak and sorrow Todd and Ashley’s family feels right now. This is knee-buckling news and an overwhelmingly sad tragedy. Our prayers, our thoughts and our hearts are with the Heaps, who have contributed so much to the Ravens and Baltimore community. We believe their deep faith and tremendous support from friends and family will help them through this unimaginable time.”

Absolutely gutted for Todd Heap and his family. Thoughts are with them in this incredibly tough time.

Praying for Todd Heap and his family. It could happen to anybody, and I can't imagine the grief.

Oh my ? for Todd Heap and his family

My heart is breaking for my old teammate Todd Heap and his family… I'm so sorry.

Prayers for Todd heap and his family.. can't imagine

“Our hearts go out to Todd, Ashley and the Heap family. It is a grief that is beyond words and one which no family should ever experience. Hopefully the prayers, love and support of their incredible group of friends and family provide them comfort that along with their strong faith will lead them through this unspeakably difficult time.”

Todd Heap is well known for his charity.  But, Todd Heap’s wife is equally as regarded for her efforts as well.  They began dating in high school.  The couple married shortly before the Todd’s rookie training camp in 2001.  During his time in Baltimore, the Heap’s became so ensconced in the community that they had a pediatric center named after him.  After all that the Heap family has done for their communities, this outpouring of love and support is not at all surprising.

Our thoughts are with the Heap family during this unfathomably tragic time. 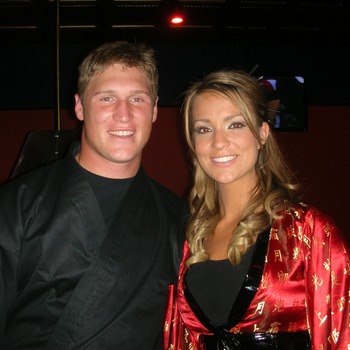