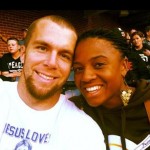 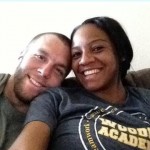 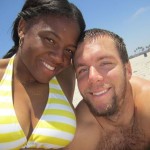 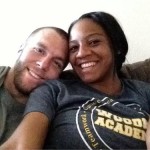 Ryan Lindley’s wife Lindsay Lindley took one for the team by inheriting his last name. I wish his last name was simply “Lindsay,” as a Lindsay Lindsay has got to be a super rare name. “Lindsay” itself is an interesting name if you stare at it and sort of unpack it as a word, don’t you think? Anyway, enough getting sidetracked– let’s learn about our dear Lindsay.

Ryan’s wife Lindsay grew up in the great city of New York, NY, and she was apparently a talented dancer, having started at the young age of four. She decided to give up dancing when she was 14, and she turned to track & field. She may have sensed it was an opportunity for a scholarship (which it turned out to be). I’m not sure how many schools give out dancing scholarships, but it can’t be many. She turned herself into a track star and earned a full scholarship to the awesome UCLA. Man, that’s amazing. I imagine she must have been crushing people in high school to earn that. She attended the school, got a degree in political science, and now she’s a behavioral health technician at a children’s group home, which I think means she administers medicine to kids without families and keeps them in line. So she’s definitely got a big heart.

The story of Ryan and his wife Lindsay meeting happened at a College Christian group winter retreat while they were both attending different colleges. They met, stars appeared in their eyes, and they got hyped up about each other and talked some shop in the name ‘o the Lord. “You dig Christianity? Me too!” Ryan talked with her on the phone for awhile, then invited her to San Diego to spend the weekend. Long story short, they dated for two years before Lindley popped the question on a mountain top. 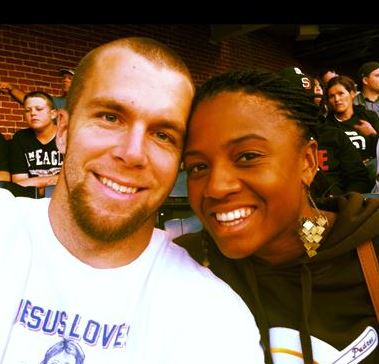