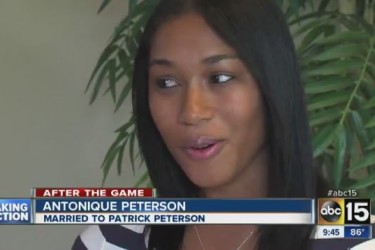 Patrick Peterson’s wife Antonique Peterson grades his game performances and reviews her notes from the game with him after every contest. Patrick was quoted as saying “She’s doing something great in her field, and she challenges me each and every Sunday to do well. She sends me speeches before every game, and afterward, she gives me a grade.” I really dig the fact that his wife takes an active role in shaping his skills and self-awareness on the field. This is the best kind of support for those players that like to always improve. He’s possibly the best cornerback in the league. At least his coach thinks so. The man knows how to pick the football out of the air.

So just what is it that Patrick Peterson’s wife Antonique does in her field? She is studying to become a doctor. You gotta’ love a player wife– a woman married to a millionaire athlete– who is making the enormous effort to become a doctor and have a serious career for herself. No time for shallow self-worship with poolside selfies here! This woman is going to help people. Antonique is from New Orleans, and the couple was married there. In a recent interview on a local Arizona ABC news station, Antonique talked about being an NFL wife with a few other wives of players on the Cardinals. Sitting beside Antonique, Mike Leach’s wife started sounding like a psychological therapist or grief counselor and said: “When he walks through that door, I want this to be his safe place.” This sort of worry is rational, however, as NFL players face a lot of serious injuries and head trauma.

That’s why Antonique becoming a doctor is awesome! By the time Patrick’s career is winding to a close, she can treat him and diagnose all of those cranial impacts. She is quoted in the interview saying “Oh wait, Patrick, I have to study. So it’s not all about you any more.” 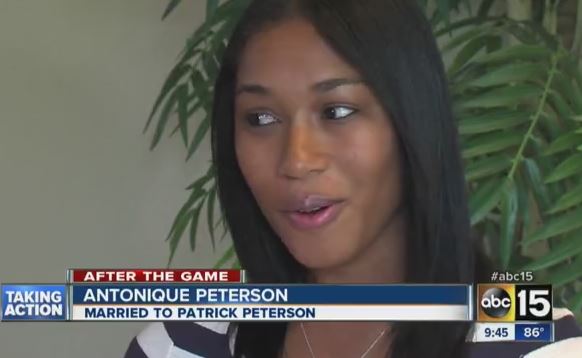