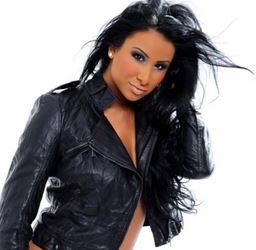 Larry Fitzgerald’s girlfriend Brooke Stewart brought a measure of calm to his life in a time when everything else was in turmoil. I suppose ‘turmoil’ is relative, as it can’t be all terrible to be a multi-millionaire celebrity in peak physical condition in the prime of your life. But still, Larry Fitzgerald was a transcendent talent stuck with terrible quarterbacks and a revolving door of coaches, coordinators and teammates. This turmoil has since disappeared thanks in large part to Carson Palmer, Bruce Arians and his girlfriend Brooke Stewart.

Actually, let’s backtrack that for a second. We do not have confirmation that Larry and Brooke are dating, but have found a number of items linking the two, including a Pittsburgh radio host going on air with this information. The best indication we’ve ever found about Larry Fitzgerald’s girlfriend is that he began dating Brooke while attending Pitt where she played basketball. Brooke does follow both Larry Fitzgerald Sr and Jr on Twitter, retweeting a message sent following the passing of Larry Jr’s mother.

Brooke Stewart is a VIP Server at Pure Night Club in Las Vegas, and was in the running for the title of SpyOnVegas’ Sexiest Server. In her biography, Brooke recounts her funniest story from working in Vegas:

Just moved to Vegas, started working at Pure. First table of the night was celebrating a birthday, the head of the table asked me really nicely for party favors. I frantically went around the club looking for New Years Eve’s novelty party favors. Came back with novelty party favors, the look on the guys face was confused. When I asked what’s wrong, he replied this is not the party favors I was looking for. Unfortunately had to have him removed from the club and I learned really fast what that was.

There were rumors, which have been all but debunked, that Fitz got married this offseason. We’ll keep an eye on the left ring finger to see if anything shows up. Until then, let’s file this one under,…. maybe. 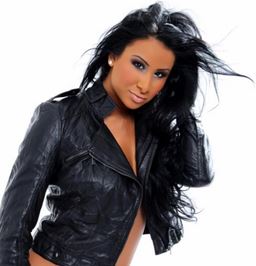