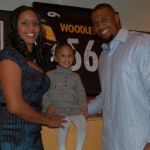 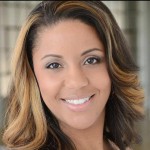 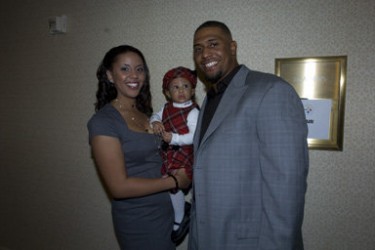 Lamarr Woodley’s wife Jordan Woodley was married to him in June of 2012. The couple spent their honeymoon in the Sandals Resorts in the Bahamas, and Lamarr’s bachelor party was in the mecca of bachelordom, Las Vegas. According to some very humorous reports, Lamarr’s cousin Sam threw him a “fake bachelor party” in Vegas. The party apparently had a fake mentalist (I thought they were all fake?), a woman with a big snake (Lamarr is terrified of snakes), and a humongous stripper named “Sweet Cheeks” who pretended that Lamarr pushed her off of him during a lapdance and then caused a ruckus. Of course, the real bachelor party followed the fake one.

Jordan studied at Saginaw Valley State University and got her bachelor’s in Elementary Education. It’s noteworthy since Lamarr was born in Saginaw, Michigan. Lamarr Woodley’s wife has chosen to raise their daughter in Pleasanton, California rather than good ‘ole Saginaw. I can never blame anyone for moving to California, and I’ve never even been there. Despite the massive droughts, it just looks like a wonderful place to grow up and to live. Their daughter is about seven years old now. The family also has a cute little dog named Sky who they allow to snuggle up on the couch. In the downtime and offseason, Lamarr has been known to play some paintball, and Jordan has certainly been known to not play some paintball.

One of things Lamarr Woodley’s wife is most proud of is being the President of the Lamarr Woodley Foundation. It’s a small organization dedicated to giving back to the community of Saginaw and helping out underprivileged kids. They generally organize sports programs and food and toy giveaways as well as donate to local charities. One of the more creative programs that Jordan came up with was the First Impression Program, which simply provides free haircuts, manicures, and school supplies to kids that are going back-to-school. I thought that was a nice little thing to think of for kids. This couple’s really nice and does a lot of outreach work. Good vibes all around for Jordan and Lamarr. 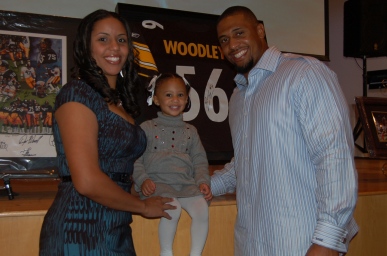