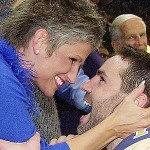 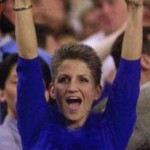 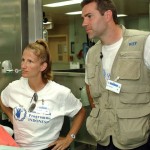 Kurt Warner’s wife Brenda Warner was a divorced single mother of two and retired from the US Marine Corps when they met during college. The couple were married October 11, 1997. Kurt and Brenda now have seven children together, as Warner officially adopted Brenda’s two children from a previous marriage and they have made five of their own.

The Warner’s are devout born-again Christians and have dedicated significant time and effort towards those causes. They have become prominent spokesmen for many things in the Christian community.

Now despite her noble efforts for Christianly causes, Brenda is no stranger to controversy. During the tail end of Kurt’s time in St. Louis, Brenda became a fixture on local radio air waves, calling in and openly challenging the Rams coaching and schemes, team trust and dedication, and above all, Mike Martz. The on air comments reached their point in 2002 when debate about an injury to Kurt’s hand took place. Brenda called in to challenge the accuracy of comments Martz had made in the press about the way Kurt had deceptively handled the injury to the team. Shortly thereafter Brenda stopped calling in, and Kurt was released by the Rams after the following season.

OK, let’s stop ignoring the 800 pound gorilla in the room. Brenda used to be a very handsome woman during Kurt’s days in St. Louis.
Somewhere between his Super Bowl with the Rams and the start of his time with the Cardinals, Brenda Warner got,… well,… hot. Agreed? 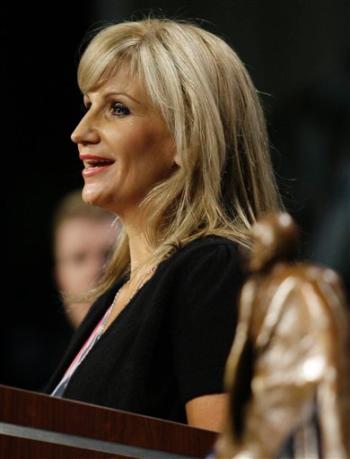