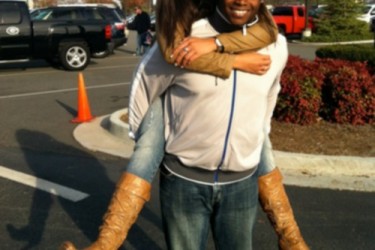 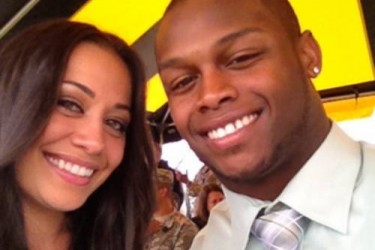 According to official court documents, Jonathan is alleged to have head butted his wife in the face, breaking her nose in the process. The incident took place as Jonathan “attempted to kiss her and remove her clothing.” After telling him to stop without success, Kayla Dwyer allegedly bit his lip, which caused the headbutt.

The following day the couple fought again, where Dwyer is alleged to have punched her in the face. As the argument ensued, Dwyer picked up a shoe and threw it at their 17 month old child, hitting him in the stomach. When trying to call police, Dwyer took her phone and threw it out the second story window of their home.

Dwyer has admitted to two arguments, including details such as being bit on the lip, punching walls, and texting the suicidal photo with a knife. He denies all physical assault caused by him.

The Cardinals running back has been placed on the Non-Football Injury list for the remainder of the season. No court date has been set yet.

According to multiple reports, Jonathan Dwyer’s wife Kayla Dwyer was the victim of domestic violence in two separate incidents, ultimately leading to the running back’s arrest.

According to police reports, Dwyer allegedly assaulted his wife Kayla at their home on July 21, only to return and do the same on July 22. Police list two victims in the assaults, his 27 year old wife and their 18 month old child. The assaults have reportedly led to multiple broken bones, though unclear which, and who suffered the breaks.

Kayla Dwyer left the state of Arizona with their son shortly after the altercations.

Interestingly, a police report was not filed for nearly two months, until September 11, 2014. It could be inferred that with all the media swirling around the domestic violence incidents involving Ray Rice and Adrian Peterson, a victim may have potentially felt empowered to report her own suffering.

Jonathan Dwyer has been interviewed by police, but denies any physical assault. He is currently being booked on 6 charges, including assault, aggravated assault causing a fracture, aggravated assault involving a minor, criminal damage and preventing the use of phone in an emergency. The Cardinals have deactivated Dwyer and banned him from team facilities and all functions while the process plays out.

Jonathan and Kayla Dwyer were married September, 2012 and have one child, Jonathan Dwyer Jr. Dwyer once talked about his family saying,

Those two people are my motivation every day to do what I’ve got to do. They make me wake up every day and go work my butt off.

We will withhold commentary until the facts come out and a resolution is found. And when they do, we anticipate having plenty to say. 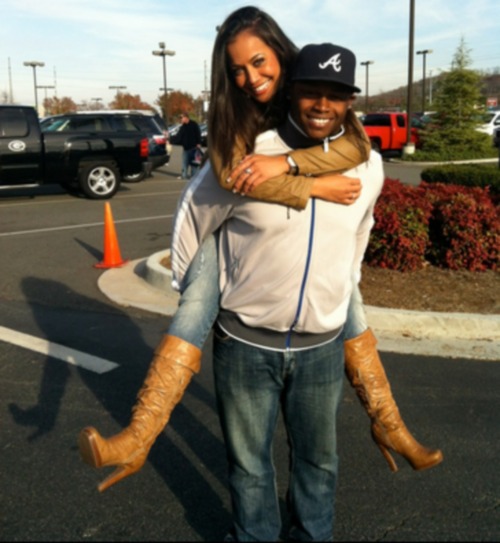