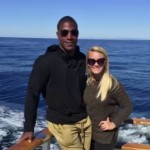 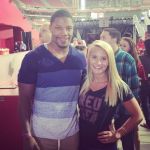 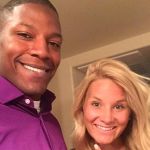 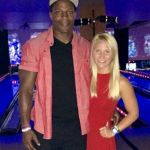 David Johnson’s girlfriend Meghan Brock​ has been counting down the days until she can officially say “this man is mine.” She put up a post on her Instagram recently that talked about the exact number of days until she could say as much (in case you thought I was making that up for effect). The actual engagement happened sometime very close to June 5 of 2015, as that was the date David posted the picture of her holding up her ring, newly placed on her finger. I’d bet money that was the actual date too since people who use social media regularly quickly become highly efficient at disseminating big life events on the day they happen. Their wedding is scheduled for April of 2016.

The couple have a very young black labrador retriever that they got in June, and his name is Emmitt. You can guess who he’s named after. David Johnson’s girlfriend Meghan takes a lot of the same health supplements that the big guy does, and he takes a helluva’ lot of them. He took a picture of all of them in a kind of display and addressed it to Meghan, saying that he got them the very best ones. I like a couple that’s committed to health like that, but for me it’s nearly impossible to stay consistent the way disciplined professional athletes and their fiancees tend to. The couple reside in a house that was bought in May when the family-settling process had just begun. Think about the efficiency of it all: within one month, they bought a house, bought a new family dog, and got engaged. That’s a whirlwind of future planning right there. I suppose I should mention they got a fully-loaded Dodge Charger in that same timeframe.

Meghan is your classic supportive football girlfriend. Blonde, religious, incredibly devoted chronicler of his career and ambitions. What more could you want? She’s 22 years old, and she loves chocolate and hanging out with Emmitt the labrador. The sports agency that represents David recently sent David Johnson’s girlfriend a large shipment of fancily-wrapped chocolates, and she was more than happy to accept the thoughtful gift. When they went out to a Chinese restaurant a few months before, Meghan received a fortune cookie message that read “a sporting event will bring good changes to your life.” This lady has got some good food connections happening! 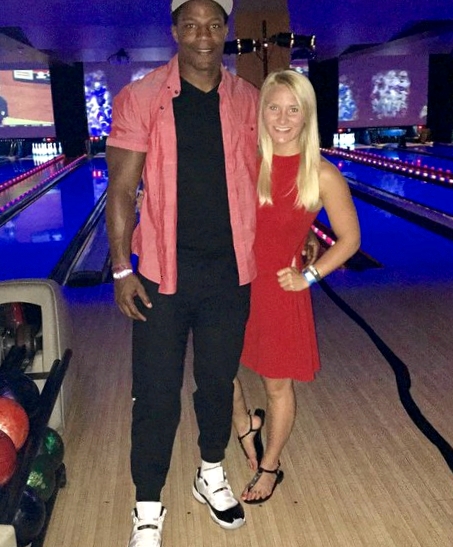