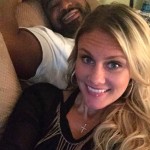 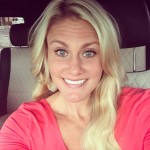 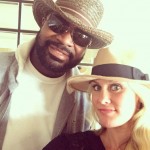 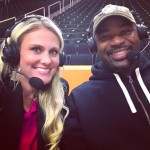 I suppose the turn into broadcasting sports games makes sense for professional athletes, and in the case of Albert Haynesworth’s girlfriend Brittany Jackson, that’s what we’ve got. I’m not sure if Albert Haynesworth has commented on sports broadcasts, but he certainly has other off-field activities going. He owns a burger joint, for one thing, and he got some attention for pouring water on a homeless guy who was harassing customers outside of his restaurant. By far, he’s most known for taking $33 million off of the Redskins for basically nothing, and he’s been written about by the Washington Post for signing a huge contract with a signing bonus and then purposefully trying to get released.

But let’s focus on the lovely and talented Brittany. Apparently Brittany has done some modeling work, and she certainly looks nice in a bathing suit. She also hosts a special Basketball Academy Annual Party to support the Pat Summit Foundation, and it’s a party where pro athletes get together and raise money. Terrell Owens was in attendance at the one in 2013, and that event happened to take place at an enormous private estate in Tennessee (where Brittany went to college). I suppose she can never really escape her history with the Tennessee Lady Vols, as she was the 3-point marskman. Her team got to the final four each season she played, and they won in both 2003 and 2004. Her life so far seems pretty sweet to me, and even though she’s not really known for her career in the WNBA, she still has a ball broadcasting the games. The other big news for Albert Haynesworth’s girlfriend Brittany Jackson is that she’s pregnant. It was only reported on a few days ago, but she is expecting a baby, and she retweeted the story that TMZ dropped. Being an expert on getting released, Albert should prove invaluable at the birth. 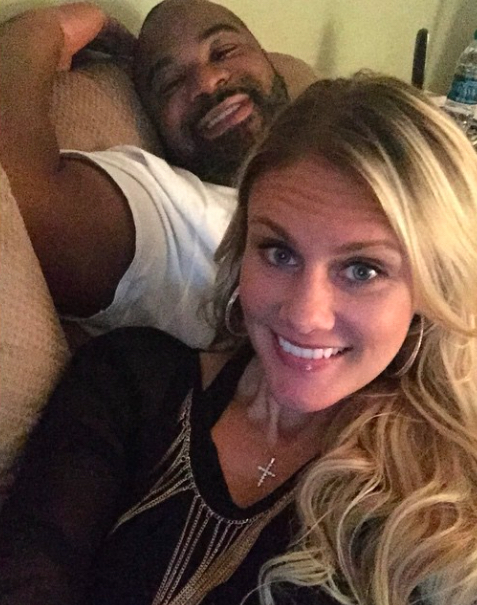