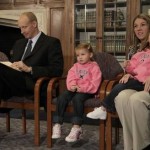 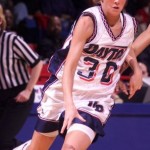 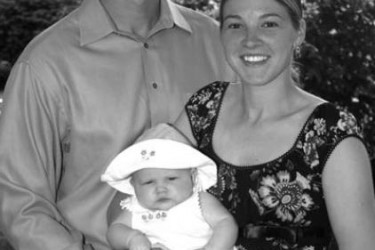 Chris and Christi Mack seem to have been destined to stay in the Xavier basketball family since they first got together. Chris transferred to Xavier to play his last two years of college basketball, and returned to the school 1999 as an assistant coach. During this stint as an assistant, he was introduced to the Director of Basketball Operations for the women’s basketball team, Christi Hester. The two dated for three months before Chris dropped to one knee and proposed.
However, the life of a college basketball coach is nomadic at times, and Chris took a job in 2001 that would send him to Winston-Salem, NC to serve as an assistant at Wake Forest. Chris and Christi stayed together, and were married in 2003. At that time, Christi left her job at Xavier to be with her new husband at Wake. It wasn’t long however, till the two were home.
Less than a year later, the Mack’s returned to Xavier when Chris was again given the opportunity to serve as an assistant to the men’s hoops squad. He served in this role for five seasons before being promoted to head coach in 2009. Entering the Sweet 16 this weekend, that’s looking better and better every day.
Christi Mack has an impressive basketball resume of her own. She played as a guard at the University of Dayton from 1996-2000 where she led her team in scoring in 3 of her 4 seasons, save for one ruined by an infected knee surgery. She made a run at the WNBA, which didn’t work out, and ultimately brought her back to Xavier as the Director of Basketball Operations. Even though she’s no longer a coach at Xavier, she’s still part of the community, seen by hosting the “Hoop It Up,” video at Xavier on the right. She recently jumped into coaching herself, taking over as the head coach for a girls basketball team at a local Cincinnati High School.
Chris and Christi Mack have two children together, daughters Hailee and Lainee. 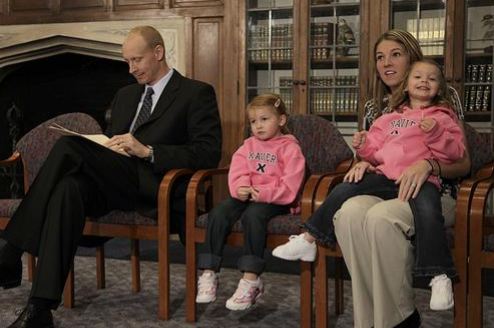