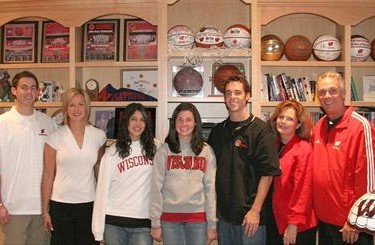 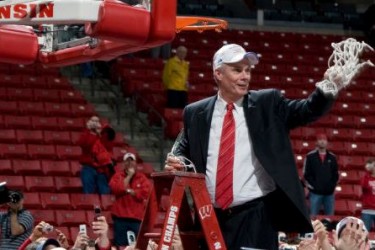 Bo Ryan has been a head coach in the University of Wisconsin system for a very long time. He started at University of Wisconsin-Platteville in 1984, moved to Milwaukee for a few years and then was hired at the main campus in Madison in 2001. Sensing a loyal man, you won’t be shocked to know that he and his wife Kelly have been married for over 35 years.

Bo and Kelly have been married since 1974 and have 5 children. Fun fact – Kelly was engaged when she first met Bo! Seems like the made the right choice though. Bo sure is happy, as the apparently superstitious coach has his wife drive him to every home game.

Bo is a big family man, but like most coaches he tended to spend more time with his family from the hardwood. That left Kelly to hold her own in a house. Bo was quoted in Dane County Lifestyles – “Being a coach is a crazy life, and Kelly has been unbelievable with our five.”

Kelly participated in the 2007 Coaches vs. Cancer Dunk n’ Dip Challenge. Her dish was Cheddar and Ranch Fondu, but she wasn’t able to pull out the win. Guess she’ll have to leave the coaching to Bo 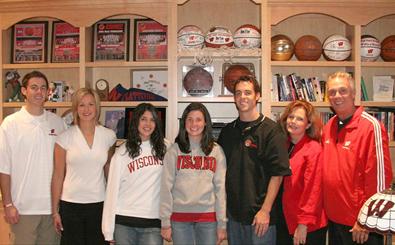