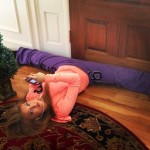 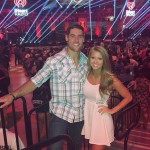 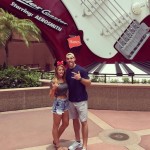 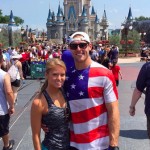 I was not aware that you can win big-time scholarship money from beauty pageants, but I am now! Trevor Knight’s girlfriend Rachel Wyatt reportedly won $37,000 by winning pageants, and one of those pageants was the Miss Outstanding Teen at the Miss America 2013 pageant. So that’s a big deal. Rachel is now a Clemson cheerleader and a student at the lovely university. She was also crowned Miss Clemson University in 2014. I have no idea what that is, but I’m going to venture to guess that it just means she’s a popular, attractive young lady on the campus.

Rachel has got that really Southern girl vibe about her. She’s got really big eyes, is always smiling, and is always doing cutesy stuff in photographs like snuggling her dog Remi. She seems to be doing some work with hospice care as well. That’s a cool thing. She really does seem like a super sweet girl, but you’ve got to wonder why she hasn’t yet included any photographs of her boyfriend, and is certainly an extremely social lady with tons of congeniality (stolen descriptive from a beauty pageant). She takes pictures with lots and lots of pretty girls, and she is a big outdoors person. She fishes, goes waterskiing, and apparently she dances as well. The more photos I see of her with special needs kids at events like the Special Olympics, the more I can see how big of a heart she has. Maybe she’s just too good for some guy like Trevor Knight.

I’ll tell you what– if ever there did seem to be a guy suited for Rachel, Trevor Knight seems like him. He looks like a Ken doll. He’s got the perma-smile and the rugged good looks, and he does the same type of charity stuff that Rachel does. He’s the one that posted a picture with Rachel (they spent the 4th of July at Disney World). It was less than a year ago that Trevor had been dating another really hot blonde chick named Kate Williams. We covered that back in September of last year. Now Trevor Knight’s girlfriend Rachel Wyatt is even hotter and even more of a giving and generous person. When do I get to be a college football star? 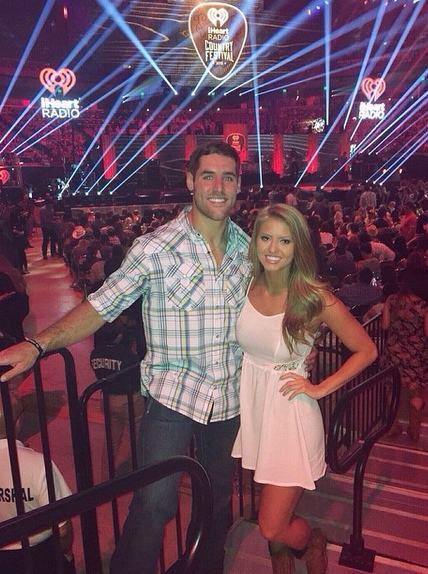