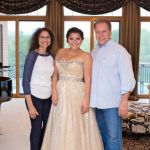 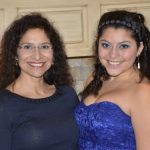 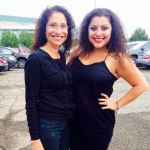 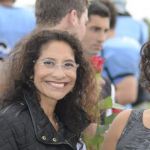 Tom Izzo’s wife Lupe Marinez Izzo is originally from Texas, but grew up in East Lansing, Michigan. It was also in East Lansing that the former Lupe Marinez met her future husband. In fact, for their first date, Tom invited Lupe to a Michigan State game (where he was the Associate Head Coach at the time). This wasn’t just any game though. It was a conference game against Purdue, with the Big Ten Championship on the line.

That’s one way to get to know a date,…

Based on her experience at that game, Lupe probably had a good idea of what she was in for. Even today, she still worries about his lifestyle today, saying:

“[the travel required for his job] kills him; constantly on airplanes, and the time changes. He calls from New York, and I think he’s in St. Louis.”

Tom Izzo’s wife met her future husband by way of her sister-in-law, Beth Marinez. Beth worked for the team at this point, while Tom was still the assistant coach. Beth introduced the two and the rest, as they say, is history.

Tom and Lupe married in May of 1992 at St. Thomas Aquinas Parish in East Lansing. Normal enough, right? Well, that was only after he proposed to Lupe in front of BOTH of their families at their home in Haslett on Christmas. Lupe and Tom welcomed daughter Raquel into the world, two years after they married. A few years later, the couple adopted their son Steven, who is six years younger than his sister.

Like many WAGs, Tom Izzo’s wife Lupe is very involved in charity. The Izzo family donated a $1 million gift to Michigan State University. While the gift will be split among several projects, the majority will go to the Spartan football program.

Lupe Marinez Izzo is involved in a new business venture in Haslett, Michigan, called Haslett Hot Yoga. Lupe was there for the ribbon cutting ceremony in early 2016. 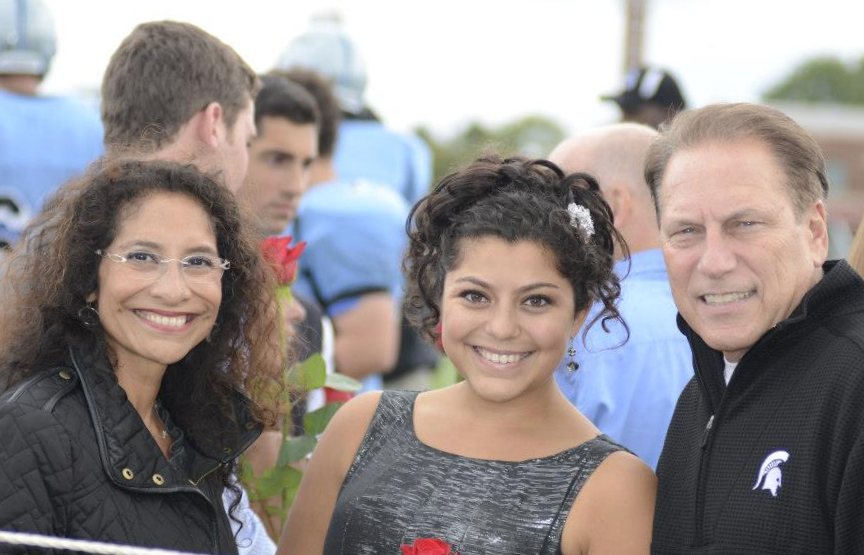