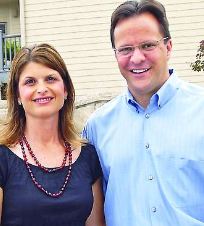 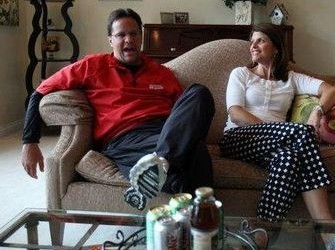 Tom Crean’s wife Joani Harbaugh-Crean was prepped for this marriage.

Tom Crean was introduced to Joani Harbaugh while coaching at Western Kentucky. Joani was working as an aerobics instructor at the time, but had family in the area. That family, is worth noting, is a pretty intense group of three guys names Jim, John and Jack. Joani’s father is Jack Harbaugh, who happened to be a colleague of Tom’s at the time, as the head coach of the football team at Western Kentucky.

Yes, it’s those Harbaughs. Tom Crean’s wife Joani Harbaugh grew up in that Harbaugh household, with Michigan coach Jim Harbaugh and Baltimore coach John Harbaugh as brothers. Seriously, think about those family gatherings,… four professional coaches and a former aerobics instructor. Football was the way of life in the Harbaugh household, and even Joani would splice together game film while playing with her Barbie’s by the age of 10. In speaking with USA Today, Joani said:

“I think that was a way to keep me busy while I was tagging along. But I could use the hot splice machine at the age of 10, yes. Impressive, huh? I think I could even go back today and use it.”

Finally, one of the cooler things we’ve come across recently was finding out how dedicated this couple is to the Hoosier community. Despite his job being in jeopardy following a tough 2011 season, Tom and Joani were ignoring the national level rumors of his dismissal, and joining in the search for missing coed Lauren Spierer. Rather than talk about it, or make a reference, these two were out doing something. Pretty classy to us.