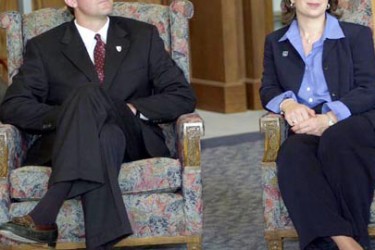 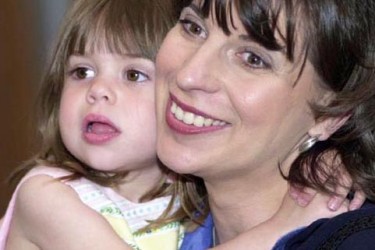 Thad Matta is a superstitious man. During every game, he chews the same piece of gum the entire time. One game he accidently spit the gum on the floor, picked it back up and went right on chewing. Well, it appears this has worn off on his wife, Barbara. She is known to always get popcorn and a diet Coke for every game she attends. And so they don’t feel left out, Barbara eats Lucky Charms with her two daughters (Ali and Emily) before every game.

Even though Matta currently coaches Ohio State, the couple considers Indiana home. The couple met while both undergrads at Butler University (where Thad later ended up getting his first coaching job). They have been married for 16 years

Matta is very focused and passionate about coaching. Probably the best example of this was the time he called a recruit during the early stages of labor with the couple’s first child. Barbara reportedly didn’t mind, but we remain skeptical. “I wish I had more outside interests, but that is kind of who I am. I just want to coach the team and go home and spend time with my family.”

Barbara is involved with many charities, including the Make a Wish Foundation (Ohio State runs the Big Wish Gala every year) and Ronald McDonald House. 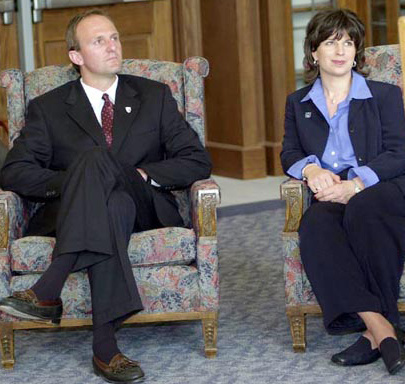